Switch’s inaugural year was packed with arguably some of the best games Nintendo has ever made. Heavy-hitters like The Legend of Zelda: Breath of the Wild and Super Mario Odyssey helped bring the console-handheld hybrid into the cultural consciousness, resulting in massive popularity and record-breaking sales. But when 2017 wrapped up, many wondered how the fan-favorite company could possibly follow up such a fantastic debut. 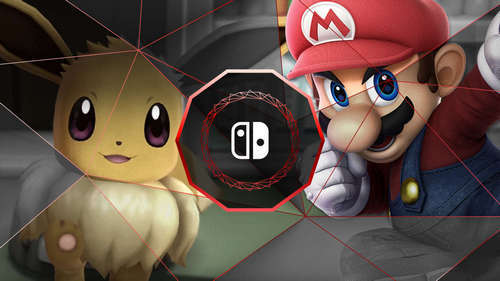 Fortunately, you didn’t need to look hard to find great Switch games in 2018. Nintendo delivered a wealth of new games in some of its most iconic franchises, like Super Smash Bros., Mario Party, Pokemon, and Kirby. These new first-party games were each fantastic in their own right, but the real star of the show this year was the Switch’s substantial lineup of critically acclaimed indie games, which truly defined the console this year. With so many amazing games, there was more than enough to keep you busy-whether you were sitting on a couch playing at home or on the go. In no particular order, these are the five best Switch games of 2018.

One look at Dead Cells and you might think it’s just another indie metroidvania game, but don’t let its 2D retro appearance fool you. Dead Cells elegantly blends the metroidvania, roguelike, and action genres for an experience that stands on its own. It’s tough as nails, and you’re likely to die hundreds of times in your journey to reach to the end, but that difficulty is precisely what’ll keep bringing you back. It helps that Dead Cells is so brilliantly designed, with a progression system that carries over from run to run, making even your worst attempts worthwhile. The action is also refreshing and often unpredictable; you’ll cross your fingers before each run hoping to get the right weapon and equipment allotments that’ll push you past that boss you’re stuck on. All the while, you’ll race towards time-gated doors in the hopes of looting their spoils, so that you might level up further to better your odds of survival. Dead Cells always keeps you on your toes, killing you nearly every step of the way, but always compelling you to go on one more run.

Celeste’s merits lie in its ability to blend its poignant storytelling about mental illness with its unapologetically difficult platforming. The two are symbiotic, elevating each other in ways that bring the adventure to an incredible emotional high. You play as Madeline, who’s on a self-imposed mission to climb Celeste mountain. While the journey starts simple by having you beat platforming challenges and gather optional collectibles, the game soon explores Madeline’s mental health in ways that make each challenge you overcome gripping and profound. Celeste’s heartfelt story will pull you in, while its platforming is an intricate high-speed dance that’ll keep you busy for hours. It’s a must play this year and one of the Switch’s best.

Into The Breach is deceptively simplistic in its approach to turn-based strategy. An 8×8 grid and the ability to see every enemy action before it occurs might seem like a turn-off for hardcore strategy fans in search of a challenge, but don’t be fooled; the complexity and nuance of the tactics demanded here is right up there with the genre’s best. Developed by the studio behind the critically acclaimed FTL, Into the Breach puts you in command of a time-travelling mech squad tasked with defending the Earth from giant monsters. However, the catch is the transparency of the action, with the details of every enemy attack being made available to you. The focus on foresight makes encounters empowering in their predictability yet tense and dynamic, as almost every tactical blunder that occurs could have been avoided with better planning. In addition, there’s a remarkable diversity provided by the game’s various unit types that each change your outlook of a battlefield. Regardless of whether you’re a strategy fan or not, Into The Breach is a fantastic tactical journey that you should queue up to the top of your list.

Super Smash Bros. Ultimate offers multiple under-the-hood changes that make it one of the most accessible and complex entries in the long-running Smash Bros. franchise. While subtle changes make it a joy to play, it’s the game’s «everything and the kitchen sink» approach to design that is its most endearing quality. Every character who has ever appeared in a Smash Bros. game is here, plus new additions. If you’re a long-time fan, it’s fantastic to see everyone across the series’ history represented and playable. There’s also a significant amount of single-player content available that pays homage to all the franchises that appear-a lovely bonus on top of the hundreds of hours you can spend in multiplayer. It’s a wonder that Ultimate is able to include so much but not feel bloated in everything it refines and introduces. It’s an all-encompassing collection of varied content and mechanics that’ll keep you constantly coming back for more in 2018-and likely for several years thereafter.

Not many expected Pokemon Let’s Go Pikachu and Let’s Go Eevee to be as delightful as they are. After all, the upcoming mainline entry on Switch, which is set to release in 2019, always seemed to overshadow Let’s Go’s more beginner-focused approach. But it’s Let’s Go’s accessibility and smart improvements to the series’ established mechanics that truly makes the adventure shine. The Pokemon Go-style catching mechanics makes the world feel more lively and fun to explore, the removal of hidden moves and stronger direction through the world streamline the journey, and a better onboarding experience spares you from tedious tutorials. Fans of the series might be let down by the absence of more complex features from recent franchise entries, but don’t let that stop you from playing Let’s Go. It’s a worthwhile adventure that pushes the Pokemon formula in exciting new directions, and it’s one of the best RPGs on Switch this year.