I know Pokemon: Let’s Go Pikachu and Let’s Go Eevee have only just been released, and I’ve enjoyed diving back into Kanto all over again, but more than anything else that journey has just made me crave a brand-new adventure. Seeing old creatures brought to life in ways we’ve not seen before with the Switch’s superior graphical capabilities was thrilling, and while the nostalgia Kanto carries with it is welcome, I feel a new region with all-new monsters would help use the Switch’s hardware in a more interesting way. It’s for that reason I can’t wait for the «core» Pokemon game for Nintendo Switch. 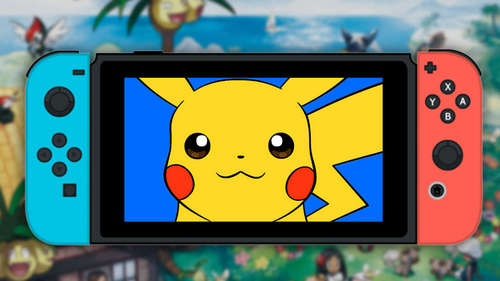 I’d also welcome the return of the traditional catching and battling mechanics, as well as the slightly more strategic elements omitted by Let’s Go, such as abilities. Forgoing random encounters in favor of physical Pokemon in the overworld was a masterstroke though, so I hope that remains in the «core RPG» Game Freak is working on for Switch.

Plus, how great will it be to play a proper Pokemon adventure on your TV? Being able to take a Pokemon game on the go has always been great-and of course, that will be no different on Switch-but I’d always dreamed of exploring Johto or Hoenn on a bigger screen with more powerful hardware.

Right now, we don’t know a huge deal about the upcoming Pokemon game for Switch. The Pokemon Company has confirmed the title will launch during the latter half of 2019, and that it’s working on a method of transferring old monsters to the new games.

«We’re definitely always thinking of that kind of forward-moving functionality, especially since we’ve introduced Pokemon transfer service Pokemon Bank,» Pokemon director Junichi Masuda told GameSpot in October. «Now, up to Ultra Sun and Ultra Moon, you’re able to store your Pokemon, and we know they’re very important to everyone. I mean, obviously, people would be very sad if they couldn’t use their Pokemon in a future game. So, it does get complicated when you talk about the details and we’re still figuring it out, but we do have plans to find ways to let players use their Pokemon in the next game.»

Neither The Pokemon Company nor Game Freak have actually stated whether the new Pokemon game will be a brand-new entry-or entries-in the series, signaling the start of generation eight, or if it will simply be a remake or «upper version» of a previous game. However, since Let’s Go Eevee and Let’s Go Pikachu are Pokemon Yellow remakes of sorts, and the previous games, Ultra Sun and Ultra Moon are upper versions of old games as well, it would be a surprise if the upcoming RPG was not a totally new game. With any luck, that means we’ll get to explore a new region with all-new creatures in just a few months! Roll on 2019.