Kingdom Hearts 3 has completed development, and Square Enix has released a new trailer to mark the occasion. While most of the prior trailers have focused primarily on a single cameo like Pooh Bear or Rapunzel, this one celebrates the full scope of the Disney mash-up. You may see it in cinemas if you go to see a movie in the near future. 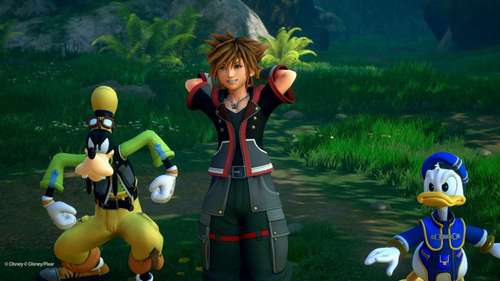 The «Together» trailer featured above includes characters and settings from Frozen, Tangled, Toy Story, Monsters Inc., Big Hero Six, Pirates of the Caribbean, and Hercules. Those join some familiar locales from the history of the series, as this final entry looks to wrap up its sprawling story of light battling against the forces of darkness.

The tweet that announced production had wrapped also mentioned that now would be a good time to catch up with Kingdom Hearts 1.5, 2.5, and 2.8. Each of those are included in the Kingdom Hearts: The Story So Far bundle, which costs $40. That includes both of the remastered previous mainline games, along with side-stories like Chain of Memories, Birth By Sleep, and Dream Drop Distance.

Kingdom Hearts 3 releases January 25, 2019, and will be the first new numbered entry since Kingdom Hearts 2 in 2005. Fans have been waiting a long time to see this story resolve, and Square Enix and Disney have put the requisite work in to make it a treat for fans-including pulling familiar voices from its various Disney movies.