The third Forge of Destiny 2’s expansion, The Black Armory, is here, but accessing it is not especially easy. Like the other Forges, you’ll have to complete a mission to locate the Izanami Forge, and it’s not exactly obvious how to get started. This Forge quest is a lot more involved than those to open the first two, Volundr and Gofannon, and while the objectives are mostly pretty clear, there are a few best practices that can help you get through the quest more quickly.

Unlocking the Izanami Forge will take you to Nessus, and it has you fighting all kinds of Vex enemies. You’ll also need to knock out several Public Events, a few missions, and even a special Strike. Expect to get your Power level to at least 630 in order to unlock the Izanami Forge, and possibly even higher. If you can get a Fireteam together, you’ll probably have an easier time, although it’s fully possible to do everything alone.

Here’s everything you need to know about unlocking the Izanami Forge of The Black Armory and how best to get through all the steps. And check out a look at completing the Forge in action above.

To start the quest to access the Izanami Forge, you’ll want to head to Nessus. The quest seems to trigger when you kill Vex, much like the Gofannon Forge quest was started by killing Fallen. However, the seemingly most reliable way to kick off the quest is by completing the Daily Heroic Adventure on Nessus. That’s how we started our search for Izanami-the Vex Transponder item it requires dropped when the Adventure was completed. 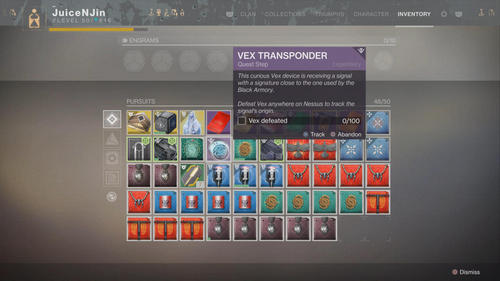 Fire Up The Transponder

The Transponder will take you to the Forge’s location on Nessus, but first you’ll need to get it going. It requires you to kill 100 Vex. You’ll find them all over Nessus, so attack this the way you see fit-Lost Sectors are usually a good bet, as are Public Events. Both are also useful for completing the Nessus Flashpoint, which is one of the rare instances while you hunt for the Forge where you get to kill two birds with one stone.

Now head to the Nessus area known as the Hallows. You’re waiting for the Spire Integration Public Event to start. That’s the Vex event in which robots march toward a spire, which you need to defend. You need to complete the event on Heroic difficulty, which means standing on three round pressure plates scattered around the spire for a set amount of time. Complete the Heroic event and you’re on to your next requirement.

Next you have to rack up some kills on Vex Minotaurs. You need 20 Minotaurs in total, which can be tough because they’re somewhat more rare than other Vex models. Check Lost Sectors and the Spire Integration event to find some. 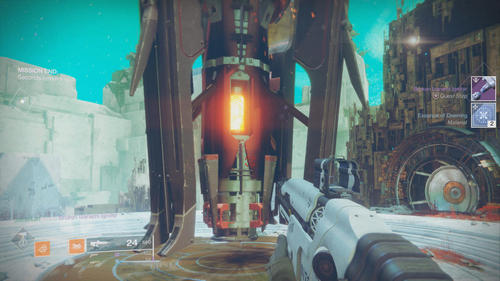 Finally, you get to head to Izanami Forge. You’ll now have a new Mission marker on Nessus, which will take you to the Forge’s location and require you to clear it of Vex enemies. Your objective is to jump around the Forge room, hacking several Confluxes. After that, you’ll kill a Forge boss, much like in the other two Forges.

Unfortunately, you’re not done here: the Forge’s igniter is broken, and you’re stuck repairing it. Take the Igniter to Ada to trigger the next step.

To fix the Forge, you need components from all the alien races. You’ll get them from specific Public Events-the Hive Witches Ritual, Vex Spire Integration, and Fallen Glimmer Extraction-all of which you need to clear on the Heroic difficulty. You can reliably find Witches Ritual on Mars, in the Glacial Drift area, or on Titan, in Sirens Watch. Glimmer Extractions are easiest to find on Earth in Trostland. And you can get more Spire Integrations on Nessus in the Hollows and Exodus Black.

Repair The Igniter, Uh, Some More

After you’ve done the Vex stuff, you’ll have a half-repaired Igniter with more steps to complete. They’ll send you to Io for Condensed Blights, and in search of Fallen, on whom you need to rack up precision multikills.

The Condensed Blights are a bit easier. Head to Io and venture into its three Lost Sectors. It doesn’t matter which you visit, because each one has a Taken Blight inside that you’ll need to find and destroy. It’s always about midway through the Lost Sector, and there’s always just the one. The good news is that you don’t have to clear the Lost Sectors to get what you need, and it’s quicker to just run in, find the Blight, and destroy it. The bad news is that you’ll need to do so five times.

For the Fallen multikills, Earth or the Tangled Shore are good bets, and you’ll probably want to pick a Lost Sector where you can get at lots of Fallen at once, without having to deal with other players stealing your kills. Pick a scout rifle or something similarly precise, and concentrate on headshots. You need to get two headshots in a row fairly quickly, and getting a body shot kill in between two headshots will break the streak. This is an annoying step to be sure, but you only need two kills in a row for it to count as a multikill, and every headshot kill after the second will also drop the Ether you need. If you can get long chains, you can finish this one up pretty quickly. Each multikill only counts for 3% of what you need, though, and the game is a bit finicky about counting certain kills toward the goal. 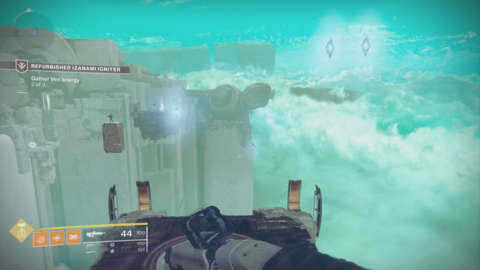 You’ve got one more mission to complete, but this one isn’t too difficult. This one will bring you back to Nessus and have you killing Vex, before venturing out onto a series of platforms to reach confluxes. There’s a bit of a strange mechanic here, where you’ll find that no platform is waiting for you to jump as you head out into the abyss. To make those platforms appear, you’ll have to shoot some blue floating diamonds that hang nearby. Shoot them quickly, or the platform you’re standing on will fade away before you can make the next one appear.

After you’ve killed all the Blights and Fallen you need, you’ll be sent back to Earth’s Volundr Forge. There’s nothing special to this objective, and at this point, you’re probably a seasoned Forge-igniter, so this is an easy step. This is a good opportunity to clear Forge bounties and other objectives as well. Finish the Forge and your next stop will be to talk to Ada with a fully repaired Igniter.

Fight Through The Insight Terminus

Time to go back to Nessus. You gathered Taken, Vex, and Fallen components for the Igniter, but you need something from the Cabal. To get it, you’ll take part in a special version of the Insight Terminus strike on Nessus. The Recommended Power level on this Strike is 630, and it doesn’t have matchmaking, so you’ll need to find a crew of friends or run it alone. There’s another caveat, though: If your team wipes on the Strike, you’ll be kicked to orbit and have to try it all over again.

Luckily, it sounds harder than it is. We completed the Strike solo at a Power level of 640, so it’s possible to take it on alone and perfectly doable with a completed team. Just take your time and be careful, and bring along your best gear. 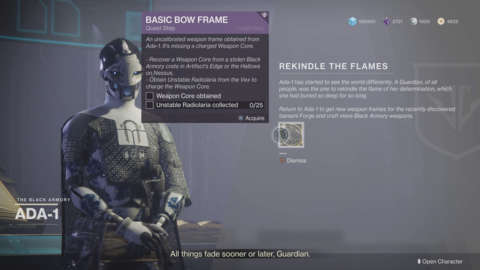 Finally, it’s back to the Forge. You’ll face down a 630-Power mission to clear the Forge one more time. Complete it and you’ll have full access to the Forge just like the other two, although Izanami is a bit weirder than the others thanks to its three-island layout. It ends with a Vex Hydra as its boss, and completing it this week can net you a Black Armory bow and pulse rifle. According to reports from players, there’s also a chance Le Monarque, The Black Armory’s Exotic bow, will drop from completing the Forge as well.