Bungie is making serious changes to how it delivers new content to players of Destiny 2: Forsaken. Rather than continuing to dole out content in DLC packs, the developer has decided to switch to a seasonal content schedule that will deliver content in seasons – with three coming per year. To achieve this, the company will be rolling out content changes every Tuesday after the weekly reset.

Bungie has broken the year up into three different seasons, beginning with the Season of the Forge. Each season will include free updates, as well as content that’s only available to those who purchase an Annual Pass. Based on the Destiny 2 gameplay calendar, the annual pass provides players with six additional pieces of content a season. But even those without it will still have access to a good deal of content. 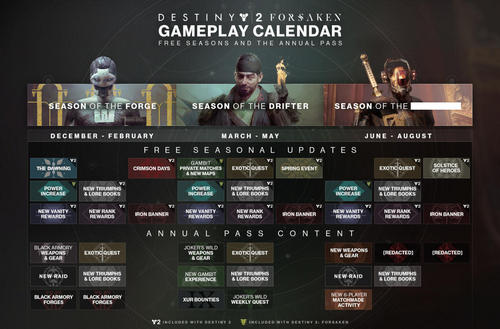 The other two seasons, Season of the Drifter and Season of the …,  will continue what’s started with the Season of the Forge, creating – as one of the devs put it – «a little advent calendar (of content), where you’re unwrapping the little gifts underneath the tree, not knowing exactly what’s in them.»

Of course, this means the Destiny 2 team just plans to roll out the new content each week without much information on what players can expect. This might be bad news for those who like to prepare, but for those that enjoy surprises, it could be fantastic.

The plan is to try to make gameplay match the way players engage with the game, rather than making the players match watch what the game does. The seasons won’t only provide new content – including holiday event stuff – but will specifically add more value to the end-game.

The annual pass will add an extra layer for those who are willing to pay for it.

Overall, it seems like an good move. Hopefully, it gives Destiny 2 players more of what they keep coming back for. 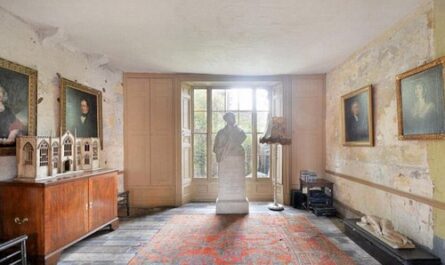