OtherSide Entertainment has issued a mea culpa for the rough launch of Underworld Ascendant, and explained how it plans to improve the game going forward. In a lengthy blog post, the studio acknowledges it was buggy and flawed at launch, and that players may have expected something more similar to Ultima Underworld. Underworld Ascendant was released in November following a successful crowdfunding effort. 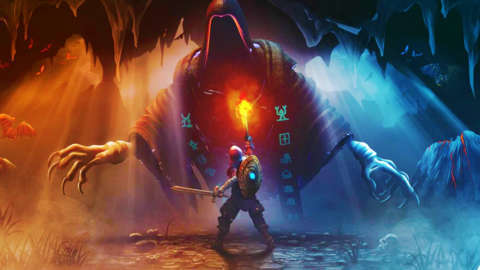 «Despite the game’s flaws at launch, we believe there is a core of goodness to Underworld Ascendant,» the studio said. «Our job now is to address the concerns players have expressed and improve the game; making what is good about the game shine through more brightly.

The studio mentioned that it’s «evident some our fans wanted a game that played much closer to the original Ultima Underworld. It’s been painful to hear these players describe how we missed expectations. Although we tried to be clear with press and fans during the development of the game, in hindsight we could have done a better job communicating what Underworld Ascendant was and what it was not.»

In a roadmap, the studio laid out a plan for upcoming improvements. Coming next week, the studio plans to fix the save system to be more flexible and retain all of your quest and equipment data. It will also adjust combat in regards to how directional attacks, weapon damage balance, and some AI improvements. A few select quests are being improved, and items and gear will show wear. Finally, player movement is being adjusted along with some other minor tweaks like saved key binding preferences, and skill UI improvements.

A second update, coming next February, will include more improvements to combat and AI, adjustments to leveling and quests, and other UI improvements. The studio also says it is also looking into ways to improve the overall metagame and «reduce the complexity around what players are supposed to be doing to stop Typhon.»

The blog also goes into detail about the development process and how the game went out in the state it did. «With 20/20 hindsight we were overly optimistic,» it states. «We convinced ourselves that the game was in more robust shape than it actually was. Had we been more objective, we would have held off the launch and worked on the game longer. Instead we pushed hard and hit the planned November launch date.

«As a consequence, the game went out rougher than it should have. None of the challenges the project faced are an excuse. We should have done better.»

The issues led to a poor reception in GameSpot’s Underworld Ascendant review, which scored it a 2/10. That review specifically mentioned the poorly implemented save system as a problem. However, the review criticized the game’s problems as much more deeply ingrained.

«For many players, especially the time-poor, the save system alone will be enough to render Underworld Ascendant unplayable,» said critic David Wildgoose. «But even if it were addressed, and a more conventional system patched in, it would be impossible to recommend this game to anyone. Framed as a spiritual successor to Ultima Underworld, Underworld Ascendant misses the mark with almost every shot, much like my aforementioned hapless archer. At the same time, even freed from the expectations its historical baggage brings, it is a clear failure. The spirit of Ultima Underworld lives on elsewhere.»