While it doesn’t necessarily guarantee any news regarding any of their projects, Avengers: Infinity War and Avengers 4 directors the Russo brothers will be in attendance at The Game Awards next week. They’ll be there as presenters, according to a tweet from the show’s creator, Geoff Keighley.

«We are excited to welcome Joe and Anthony Russo, directors of Avengers, to the #TheGameAwards next week,» Keighley wrote. «Don’t miss the stream live everywhere around the world on Thursday night. #WorldsWillChange» The latter hashtag is in reference to a tagline used in relation to this year’s awards show, so it doesn’t necessarily pertain directly to the Russos. Perhaps to temper expectations regarding any news, Keighley also shared that another big star-one of the Muppets, Pepé the King Prawn-will also be a presenter. 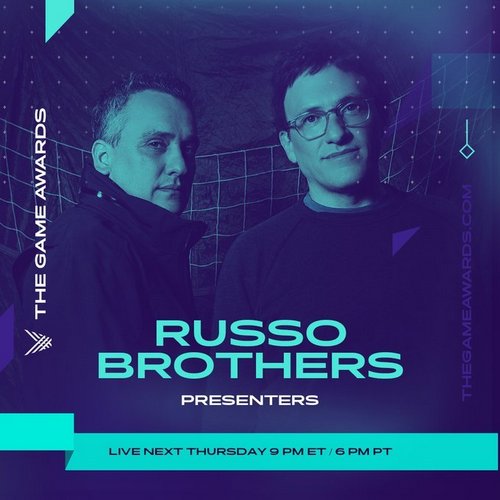 Even as just presenters, the Russos’ presence will stir speculation about some kind of announcement. An Avengers game known currently as The Avengers Project is in the works, though the Russos are not known to have any involvement with it. Their inclusion could simply be a matter of attracting more mainstream attention to the show.

The Square Enix-published game is in development at Tomb Raider studio Crystal Dynamics, with Deus Ex developer Eidos Montreal also working on it. The game was first announced back in early 2017, though we’ve heard little about it since. Crystal Dynamics did announce the opening of a new studio in Washington earlier this year that will be contributing to the game, among other things.

The Russos participated in a public Q&A this week, during which fans had been hoping for the long-awaited first Avengers 4 trailer. That trailer ultimately didn’t surface, though we have previously been told to expect a trailer before the end of the year.

The Game Awards are set to take place on Thursday, December 6, at 6 PM PT / 9 PM ET (2 AM GMT / 12 PM AET on Friday). The award nominees have already been announced, and Keighley has teased that 10 games will be announced during the show.