This week, Epic Games removed the Infinity Blade Trilogy from the iOS App Store. Citing increasing difficulty in supporting the series of games, Epic Games told fans that they – as well as all in-app purchases – have been removed from Apple’s service. 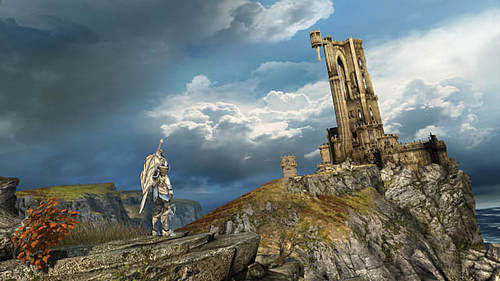 There is good news for iOS users who already own any of the games, as they will still be able to play them and even download them again if need be, «for the foreseeable future». They will not, however, be able to make any more in-app purchases while playing.

Infinity Blade III players still have something to look forward to as Epic has promised an update to Clash Mobs as well as «other surprises.» The company also suggests fans check in often to receive goodies.

The move has surprised some players since the game has been used in the past to show the possibilities of mobile gaming, particularly on iOS which was the only place it could be obtained by Western audiences. In China, players could snag it on Android and Xbox One.

Perhaps the announcement shouldn’t be that surprising, however. Epic did just release its own game distribution platform, so it seems about right that their focus would be shifted there. And, considering the game has been released on a non-mobile platform (although not in the West), it’s not entirely unlikely that we might see it crop back up on the Epic Games Store.