It’s been an exciting week for Destiny 2 players, as not only did it mark the start of Season 5 with a new update, but we learned about much of the content coming in Black Armory and in the coming months. The weekend has now arrived, which means a new visit from the mysterious merchant Xur. He has an array of Exotic items for sale, as you can see in the video above; here’s what he has and where to find him.

Finding Xur is no different in the new season than it has been over the past 15 months. This week, Xur is located on Nessus. Head to the Watcher’s Grave landing zone, hop on your Sparrow, and head straight and to the left. You’ll quickly see a giant tree; make your way to the base and climb the branch outward to find Xur.

Bungie has revealed new Exotics coming to the game, so does that mean Xur’s wares are more exciting than usual? If you’re asking that question, you probably already know the answer-nope. It’s another slate of Year One Exotics, with one weapon and one piece of armor each for Titans, Warlocks, and Hunters. 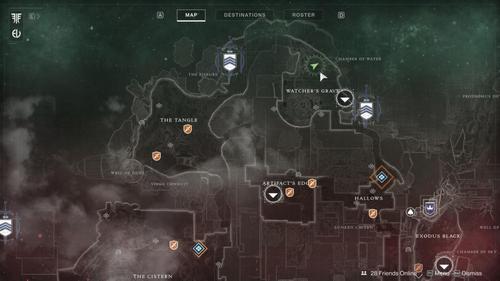 The weapon is Riskrunner, the fun submachine gun that causes chain lightning to damage enemies. Hunters get the gauntlets Young Ahamkara’s Spine (giving you enhanced tripmines when causing ability damage). Warlocks get the Karnstein Armlets gauntlets (melee kills restore health). And Titans get the Armamentarium chest armor (providing an extra grenade charge). Yes, this means both Warlocks and Titans actually have the same items for sale as last week, though Year Two versions of armor do at least have the chance to sport different perks.

Xur also has the Fated Engram for sale, which is expensive but guarantees to decrypt into a Year One Exotic you don’t already own.

You have until the weekly reset on Tuesday, December 4 to visit Xur. That day is a big one for the game, as it marks the release of The Black Armory, the first of three expansions releasing as part of the Annual Pass. It introduces the aforementioned new Exotics, a new Raid, and other new content, but it doesn’t feature a new campaign. It does, however, increase the Power level cap to 650 (up from the current 600 max).