Week 10 challenges for Fortnite: Battle Royale Season 6-now in its final week-have been revealed, and while they’re all pretty straightforward, one will require you to have good knowledge of the island. For Week 10’s free challenges, developer Epic Games wants players to visit a Viking ship, a camel, and a crashed Battle Bus. In return, they’ll be awarded with five precious Battle Stars that can be put towards leveling up their Battle Pass and unlocking cosmetics. Here’s where to find all three locations. 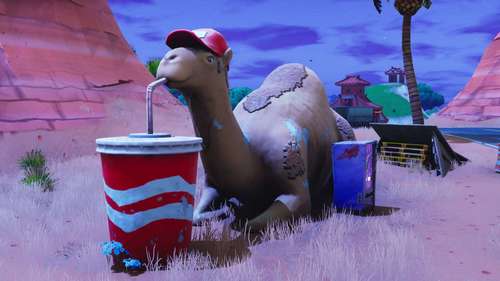 If you’ve played a lot of Fortnite, you should have a pretty good idea of where to find these landmarks on the island. However, if you need a helping hand, we’re here to provide it. The Viking ship can be found on the southwest of the map at coordinates B6. It’s huge, so if you glide over there you will not miss it. The camel, meanwhile, is near Lucky Landing at the coordinates G9. Again, another one that you can’t miss. The Battle Bus is slightly trickier as it has moved recently. While it used to be around Shifty Shafts, it’s now at the map grid E3, which is to the west of Lazy Links.

All you’ve got to do to finish the challenge is head to those locations. However, make sure you finish the game-win or lose-as if you quit out immediately it will not count. To make things a little easier we’ve put together a video of ourselves completing the challenge, which you can watch above. Below you’ll find the exact locations of the three landmarks.

That’s just one of the challenges for Season 6, Week 10, alongside vehicle timed trials and other things. As previously noted, this is the final week of challenges for the season, which means it’s also the last week you can unlock the cosmetics tied to the Battle Pass for this season. Once it’s over, there’s no telling when they’ll be available again, so it’s worth spending some time finishing challenges from this week, and previous ones, so you can get everything you want.

It might seem daunting, but we’ve been putting together guides for all the hardest challenges week by week. If you use our Fortnite Season 6 complete challenge guide, you’ll get everything done in no time. You’ll want to act fast, as Fortnite Season 7 is just around the corner.