Without warning, Sony has launched a brand-new Lemmings game for mobile. Simply titled Lemmings, the game is out now for iOS and Android. 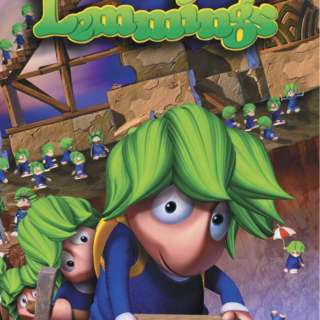 It appears the new game attempts to stay true to the Lemmings releases from the ’90s, while modernizing the series for mobile devices. «We took the Lemmings experience that people know and love and re-engineered it to make the most of smartphones and tablets,» developer Sad Puppy wrote on the PlayStation Blog. «We’ve designed levels that are played in portrait orientation, as this is the most comfortable position to hold a device with one hand.

«We worked tirelessly on touch controls, removing secondary elements like camera control and making it as simple for players to assess the level, plan a strategy and execute it. It’s the Lemmings game you know and love, redesigned for the best experience on your device. Under your direction, they’ll dig, climb, build, block and fall through levels, with an ease of control that is both fun and challenging.»

Lemmings is free-to-play, with an energy system and optional in-app purchases available for those who wish to spend a bit of cash. Note the game’s description states an internet connection is required to play.

The first Lemmings game came to the Amiga in 1991, before being ported to a number of other devices. After publisher Psygnosis was acquired by Sony, Lemmings became a PlayStation-exclusive series. The most recent entry was a 2006 remake of the first game in the series for PS2, PSP, and PS3, also titled Lemmings.