For obvious reasons, most retailers have been focusing their advertising efforts on Black Friday in recent weeks. But don’t let the big post-Thanksgiving shopping day overshadow the online shopping day that’s coming right up. November 26 is Cyber Monday, the biggest online shopping day of the year. To encourage customers to come back to retail websites with credit cards in hand, Walmart has announced several of its upcoming Cyber Monday deals already. 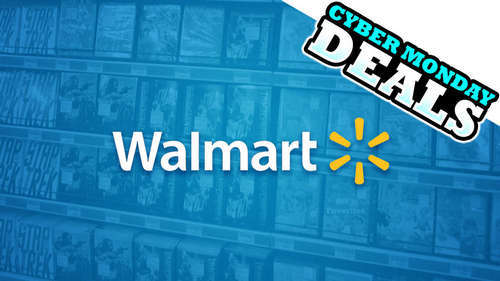 Most notable among them on the gaming side is a Nintendo Switch bundle that gets you the system and a copy of Mario + Rabbids: Kingdom Battle for $299. This is roughly comparable to Switch’s big Black Friday bundle, which had Mario Kart 8 Deluxe in place of Kingdom Battle. But if XCOM-style strategy is more your jam than kart racing, this make actually be a preferable bundle.

Walmart’s deals will go live at 12 AM ET on November 26 (9 PM PT November 25). Walmart says it will have «thousands more deals» this year than it’s had on Cyber Mondays in the past. It also promises stock will be more plentiful, so customers will be more likely to get the deals they want when they click on them.

Also new this year is Walmart.com’s deal hub, which offers a curated list of the top discounted items across a number of product categories-including video games and media. We still don’t know all of the deals Walmart will offer on Cyber Monday-we’ll have to wait until the big day for that-but the company has released the following list of some of the best sale prices that will be on offer