In case you hadn’t heard, it’s Black Friday 2018. You’ve already filled yourself up with delicious food, and now it’s time to get yourself some discounted goods. We’ve got all the info you need to get killer deals on PS4, Xbox One, and Nintendo Switch Black Friday deals at Target, Best Buy, and Walmart. However, GameStop has offered a sale too, so let’s take a look at the deals.

Some of these discounts will be available in limited quantities until November 26, but the rest of the discounts went live on Thursday, which is when the official Black Friday sale began. This means that, if you’re just starting to shop, you’ll have to be quick as others have been at it for a few days now. 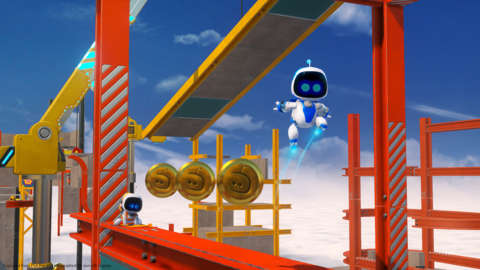 In terms of console deals, you can get an Xbox One S 1TB Minecraft Creators bundle for $200, or knock $70 off any Xbox One or S. On the PS4 side of things, a PlayStation 4 1TB with Spider-Man is on sale for $200. All other PS4, Xbox One, and Nintendo Switch deals come with a $50 GameStop gift card (in-store only).

As for accessories, a bundle that includes PlayStation VR with Move Controllers, Creed: Rise to Glory, and Superhot is on sale for $250, and select DualShock 4 controllers have dropped to $39.

Some big-name games are on sale as well, including Fallout 76 for $40 (the Tricentennial Edition is going for $60). A number of Xbox One- and PS4-exclusive games are getting the discount treatment. Xbox One owners can grab Forza Horizon 4 for $40, Sea of Thieves for $30, or PlayerUnknown’s Battlegrounds and State of Decay 2 for $20 each.

PS4 owners can get big discounts on the entire Uncharted series, plus God of War for $30, Detroit: Become Human for $20, or Horizon: Zero Dawn Complete Edition for $10. A few of the big recent PSVR games have been discounted as well. Creed: Rise to Glory and Astro Bot Rescue Mission is on sale for $20 each, while the team shooter Firewall: Zero Hour is dipping down to $10.

For a whole lot more upcoming deals, check out our Black Friday deals hub, where you can find out what discounts all the big game retailers will offer next week.