A new sale is underway in the Microsoft Store. From now through January 28, Xbox One and Xbox 360 owners can find some steep discounts on a variety of games for each console, with some particularly good deals available across the wide-ranging Tom Clancy series. 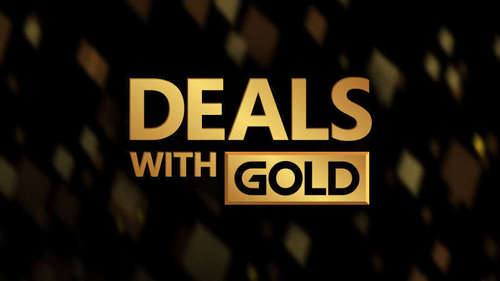 On the Xbox One side, players can pick up the popular tactical shooters Rainbow Six Siege and Ghost Recon Wildlands for $15 each. If you’re looking for even more Wildlands content, the game’s season pass is also on sale for $26, while its Year 2 pass is $22.49. If you’re interested in trying out The Division before its sequel arrives this March, the first game is available for $10, and its various DLC packs are also discounted.

On Xbox 360, both Ghost Recon Advanced Warfighter and its sequel are on sale for $8 apiece, and Ghost Recon Future Soldier is discounted to $10. Rainbow Six Vegas is available for $6.59, while the three most recent installments in the Splinter Cell series-Double Agent, Conviction, and Blacklist-are on sale for $10 each. Thanks to backwards compatibility, most of these titles are also playable on Xbox One.

Beyond the Tom Clancy sale, a number of other recent and popular games are also discounted as part of this week’s Deals with Gold. Xbox Live Gold members can grab the Xbox One versions of Call of Duty: Black Ops 4 for $39, NHL 19 for $19.80, Hitman 2 for $42, and Grand Theft Auto V for $15. On the Xbox 360, each entry in the Dead Space trilogy is on sale, as are Dante’s Inferno and Alice: Madness Returns, among other titles.

This week’s sale will run until 3 AM PT / 6 AM ET on January 29. We’ve rounded up some other notable deals below; the full list of discounted titles can be found on Major Nelson’s blog. Xbox Live Gold members also still have a few more days to grab the remainder of this month’s Games with Gold, which will remain free through the end of the month.