From the first game in the series until now, 4A has always looked for ways to make Metro something «new and uncharted.» While it’s arguable that the company achieved that goal with the first two games in the franchise, one thing is certain: The Metro games have always iterated in intriguing ways. It appears that this will be the case once again with Metro Exodus, and a new trailer showcases one way the title will distinguish itself from previous entries.

In Metro 2033, gun customization was non-existent. Metro: Last Light changed that by allowing players to customize weapons at vendors. Later, Last Light‘s customization options were retroactively added to 2033 with the Redux collection, fleshing out the systems in that game even more.

But with Metro Exodus, 4A has taken things to a new level by allowing players to upgrade and customize weapons in the field. While the studio showcased Exodus‘ situational options in the official weapons trailer released last week, the newest trailer for the Handgun Class goes into greater detail about the game’s close-range death dealers.

In previous Metro titles, arms like the revolver and bastard gun were seen as last-resort weapons, used only in close quarters or when assault rifles and shotguns ran out of valuable ammunition. Now, with the ability to make them into rifles and submachine guns on the fly, it appears handguns may very well be the most versatile weapons class in Metro Exodus. 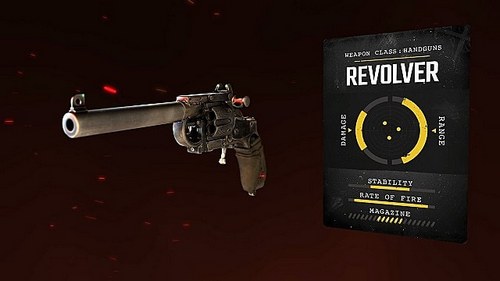 While 4A has created some of the most unique guns in video game history with the Metro series, such unique and varied customization options have allowed the studio to create an arsenal in Exodus that is «as varied as the stops on your journey.»

From what we know so far, Exodus appears to be 4A’s most ambitious project to date. Acting as a «breath of fresh air» for the series, Exodus looks to literally breathe new life into the series by taking players to the surface, showcasing a vast open world ready for exploration. Indeed, it will be the first Metro game to focus so heavily on the world outside of the underground tunnels featured in 2033 and Last Light.

In a recent making-of video, 4A detailed the journey to Metro Exodus, explaining that it was time to «take a really huge step forward» with the series. Specifically, the team desired to make the world unique by not only taking players to the surface but by purposefully showcasing «the beauty of the world» through seasons and new locations.

While it remains to be seen if Exodus will make headlines for its uniqueness and creativity, the game has already found itself the topic of discussion for many players around the world. In an interesting turn of events, Deep Silver, the game’s publisher, recently announced that Exodus would be exclusive to the Epic Games store.

While the publisher did not explain why it chose to leave Steam behind, it’s possible that the more attractive revenue split offered to publishers by Epic Games had something to do with the move.

Metro Exodus will release on February 15 for PC, PlayStation 4, and Xbox One. Those interested in pre-ordering Metro Exodus can see what editions and pre-order bonuses are available here.

Fortnite Servers Down, Preventing Players From Logging In