Blizzard has announced a new map for Overwatch is now live on the PC test servers. Called Paris, the new map takes place in the French city.

Paris is a new Assault map and it contains many narrow streets and corridors. Despite taking place in the city of love, the new map looks as if it’s structured to funnel players into fierce firefights as they battle it out for capture points. Noticeable landmarks on the Paris map are the Cabaret Luna, the Pâtisserie Galand, and the Maison Marat-a palace in the center of the city. 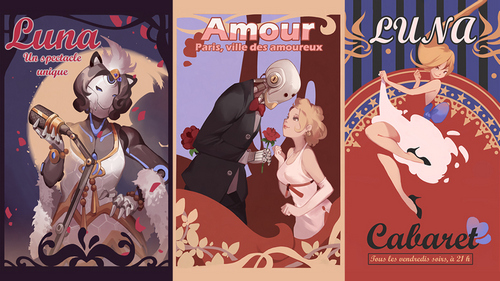 Overwatch’s latest event, the annual Lunar New Year celebration, is still live across all systems. Modeled after Chinese culture, each celebration adds new content to Overwatch that makes reference to the country’s historical and cultural figures. This year’s event, titled the Year of the Pig, will continue until February 8.

The Lunar New Year also brings along a patch and balance changes. There’s nothing major, although armor now works a little bit differently. Damage reduction is now only -3 instead of -5, so you will see a difference when shooting armored targets with heroes that have burst-fire attacks. Previously, automatic weapons had a noticeable advantage over burst-fire when shooting armored targets, but now the latter should perform a lot better.

Overwatch is available on Xbox One, PS4, and PC. Although Paris is only live on PC’s test server, it will make its way onto other platforms eventually. To access the test server, go to the Battle.net client and click on the drop-down menu for Region/Account. From there, you’ll see an option to install the test server.

Shaggy Will Not Be In Mortal Kombat 11 So You Can Stop Asking, NetherRealm Confirms