Fortnite has been slowly teasing the start of Season 8, with a series of poems that teased a vaguely pirate theme and the image of a volcano and a skull. Each of the pieces has also included an image (barely) hidden in the background, which presumably show some icon of relevance or an upcoming skin. For example, the latest appears to show a little banana man. 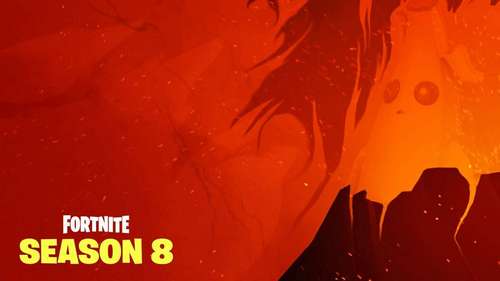 It’s a little odd, next to the other teasers that have shown pirate hooks, vipers, and a tiger face, but Fortnite has never been a game to take itself too seriously. The latest poem doesn’t shed much more light on what we can expect from this season, whereas previous verses have talked of loot and mysterious threats lurking from the waves.

When all four images are compiled, they form an image of a volcano erupting, with a skull forming from the smoke and fire. Season 8 begins February 28.

That gives you just a single day left to Prisoner Skin levels and Waterfall challenges to earn your rewards. The volcano may be the big world event to usher in the changeover to the new season, but only time will tell. Fortnite recently set a new record for concurrent players and announced a huge prize pool for this year’s esports tournament.