Respawn’s Apex Legends has been the source of much chatter and, because of its popularity, speculation since its surprise launch and quick jump to fame, earlier this month. 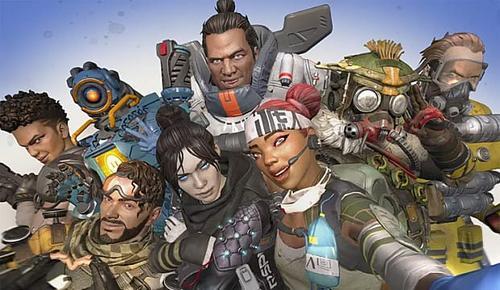 A lot of the speculation about the game centers around how Respawn is going to continue supporting Apex Legends as time goes on. Of course, the mystery surrounding the game and its future make it a prime target for dataminers.

In the most recent leaks, dataminers have discovered what looks to be the names of 11 new Legends – what Apex Legends calls its hero characters. Here’s the list:

Those who’ve followed the leaks in past weeks will recognize two of them, as Wattson and Octane were leaked roughly a week ago. The other nine names came up in recent leak conversations, but were thought by some to be potential weapon names or maybe even skill names instead of characters.

Apart from the skills that leaked with Octane and Wattson (Stim and Tesla Trap, respectively), there’s no information about what these new Legends’ skills might be, which tend to relate to its name somehow – Wattson and Tesla Trap, for example.

If that holds true, it’s possible these new Legends might relate in some form to new modes and features in Apex Legends. If, say, Rampart and Rosie are related to defense and building, perhaps Apex Legends will include some kind of fortification aspect. Likewise, if Crypto’s skill relates to any of the rumored new modes, maybe it has something to do with expanded team dynamics.

But the important thing to note is that all of this, even the potentially leaked names, is technically speculation until Respawn confirms otherwise. The image that spawned the rumors has already been removed from Imgur, so it could be simply a false leak, or Respawn might be keeping all of this for its Season 1 update in March.