Despite what gamers have heard from some Nintendo executives, VR might be headed to the Nintendo Switch sooner than anyone thought. In fact, according to an article on Nintendo World Report, the company may make a VR-related announcement sometime this year.

For some time now, Nintendo has been dodging the VR question, indicating its doubts that the technology has been developed to a point that appeal to a wider audience. Of course, that doesn’t mean that Nintendo hasn’t been working on fixing that exact problem themselves.

On that point, Nintendo World Report’s article contains plenty to indicate that the company has been working to implement virtual reality in its Switch system. For example, just last year, data miners uncovered a «screen-splitting VR Mode» that had existed in the system’s firmware for more than a year at the point of discovery, presumably as part of the system’s test code.

The report goes on to state that Nintendo did, in fact, file a patent application for a viewer-style display that the Switch tablet could fit into. Visually, it looks similar to the cardboard VR headset Google rolled out several years back for Android devices. 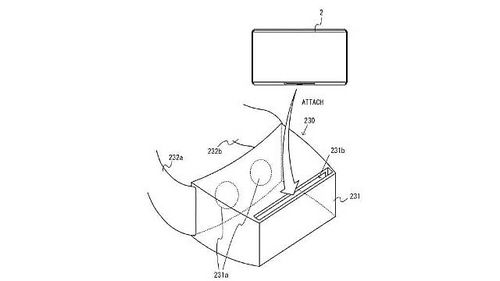 All of that said, the best indicators that Nintendo is preparing to get into the VR game are far more recent. One comes from a statement Nintendo of America President and COO Reggie Fils-Aime made to Ars Technica.

During an interview with the site, Fils-Aime stated that «virtual reality and augmented reality are something Nintendo employees constantly think about, experiment with.» He goes on to add that it’s primarily the tech that the company is looking at, but that they’re only willing to go through with it if it’s fun.

Based on all this information, the Nintendo rumor mill is pretty set on Nintendo at least making some virtual reality related announcement this year, if not actually revealing a system itself. However, at this point, it’s all still speculation, and fans are just going to have to wait and see.

Nintendo World Report’s article can be found on its website.