When Nintendo first announced that it was entering the realm of mobile gaming, some longtime fans feared that it was the end of the Nintendo they had known for so long. However, a recent report from the Wall Street Journal reaffirms Nintendo’s commitment to its brand image, meaning that it does not want to be seen as a company with the goal of inciting fans to spend massive amounts of money on its mobile games.

This WSJ report focuses on CyGames, co-developer of Nintendo’s latest mobile offering, Dragalia Lost. It is indicated in the article that CyGames has found frustration with Nintendo’s approach to limiting mobile game profits.

Specifically, a representative from CyberAgent, CyGames’s parent company, told the WSJ that Nintendo asked that the game be structured so that players were less likely to spend large amounts of money. The representative continued:

Nintendo is not interested in making a large amount of revenue from a single smartphone game. If we managed the game alone, we would have made a lot more.

Indeed, Dragalia Lost hasn’t performed nearly as well as Fire Emblem Heroes, but its revenue has surpassed that of Animal Crossing: Pocket Camp, bringing in roughly $50 million. Despite this figure, the CyberAgent representative stated that, while the total number of players has increased, the company has reduced its financial forecast due to an overall decrease in per player revenue.

Considering that Dragalia Lost has made approximately $50 million since its release in September 2018, the suggestion that the title is not performing as well as expected may have some wondering if CyGames simply set its sights too high. Unless Nintendo gave indication that the developers would have full authority on how microtransactions were handled, it is hard to blame the Big N for the title not reaching the money-making status of something like Granblue Fantasy. 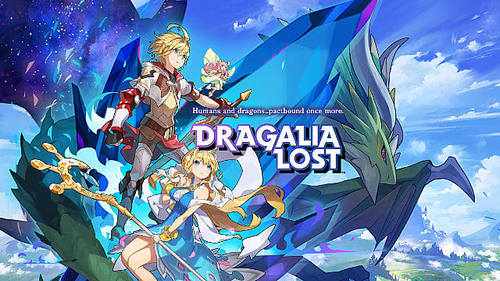 Since the moment that Nintendo announced its first mobile project, the company has been clear that mobile games would serve as a way to introduce new players to Nintendo franchises. While Nintendo of Japan President Shuntaro Furukawa did recently designate mobile as one of the company’s main pillars, this report seems to suggest that the company wishes to steer clear of the reputation mobile games have for being shameless cash grabs.

Nintendo appears to be sticking to its brand image here, one of a company with a heart. Perhaps the WSJ‘s report will leave some developers wary of working with the company on new mobile games, but certainly many fans will be happy to hear Nintendo’s position on potentially excessive microtransactions.

More details can be found on the Wall Street Journal.