Unless you’re comfortable with people discreetly listening in on your most private conversations (it’s okay, I talk about the movie Face Off with my cat, too), you should disable FaceTime right now on any supported devices. A newly discovered bug impacting iOS devices, including iPhones, allows someone to call another user through FaceTime and force it to begin transmitting the call receiver’s audio-all without them potentially even being aware. 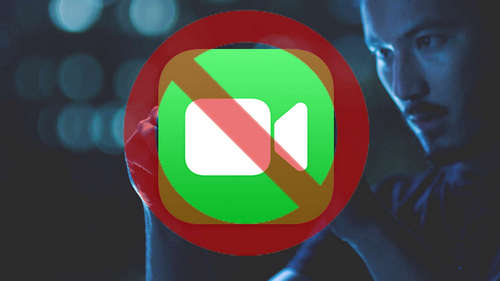 As originally reported by 9to5Mac, the process involves you initiating a FaceTime call and then adding yourself to the call again. Due to the bug, this causes the other person’s device to effectively answer the call so that you can hear audio from their end. This has been confirmed by numerous other sources, and it’s reportedly possible that-if the call receiver presses the Power button-video is transmitted, too.

Apple has acknowledged the bug and says a fix is coming later this week. In the meantime, it’s disabled Group FaceTime functionality, which is seemingly to blame for the issues, although 9to5Mac says it’s still possible to take advantage of the exploit.

Disabling FaceTime is relatively easy, as you simply need to go into your device’s FaceTime settings and turn it off. If you do need step-by-step instructions, CNET has put together a guide on how to turn off FaceTime on both iOS and Mac devices.