Ubisoft recently generated controversy when it was revealed that the newest Assassin’s Creed: Odyssey expansion, Shadow Heritage, would force players into a straight relationship for a period of time. Now, creative director Jonathan Dumont has apologised, and he also explained why it happened. 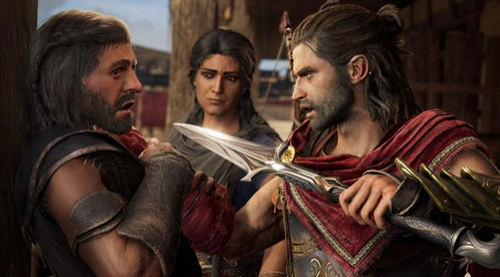 At the end of the content, Kassandra or Alexios, depending on who you’re playing as, has a child in a heterosexual relationship. Dumont said in a forum post that it was important for the game to establish how «your character’s bloodline has a lasting impact on the Assassins.» However, Dumont acknowledged that Ubisoft «missed the mark.»

«We want to extend an apology to players disappointed by a relationship your character partakes in,» he explained. «Alexios/Kassandra realizing their own mortality and the sacrifice Leonidas and Myrrine made before them to keep their legacy alive, felt the desire and duty to preserve their important lineage. Our goal was to let players choose between a utilitarian view of ensuring your bloodline lived on or forming a romantic relationship. We attempted to distinguish between the two but could have done this more carefully as we were walking a narrow line between role-play choices and story, and the clarity and motivation for this decision was poorly executed.»

Players do not to need to continue this relationship in the next chapter of the DLC, Dumont added. He also said that this has been «a learning experience» for Ubisoft; he promised that Ubisoft will «do better» to make sure that player choice-which Ubisoft had hyped as one of the core tenets of the game-stays intact going forward.

The move to force players into a heterosexual relationship was especially grating for some because, as mentioned, it ran counter to what Ubisoft had promised up until this point: that you could make your own choices in regards to romantic partners.

The title of the achievement/trophy for Shadow Heritage that unlocks after the childbirth is «Growing Up,» and that name is stirring controversy as well.

Shadow Heritage is part of the Legacy of the First Blade paid DLC for Odyssey. In addition to new story content, it added a new Hunter ability, Rapid Fire, which allows players to fire arrows rapidly without reloading. You can watch the opening minutes of Shadow Heritage in the video embedded above. 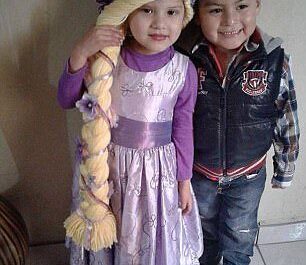