The WestWorld mobile game that Bethesda claimed was a «blatant ripoff» of Fallout Shelter is shutting down following the lawsuit that Bethesda brought against its developer. A statement posted on the game’s Twitter page confirms the game has been removed from App Store and Google Play, with a final closure taking place on April 16, 2019. Additionally, all in-app purchases have been switched off, and you’re recommended to spend any remaining currency before the final shutdown. 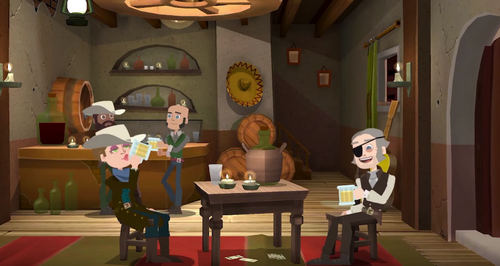 It’s not immediately clear if refunds will be available, but it doesn’t sound like it. «We are sorry to see the Westworld mobile game go, and had an incredible time creating new content and events for players to enjoy. We deeply appreciate our community’s enthusiasm and participation in the game,» developer Behaviour Interactive said.

Nowhere in the statement is the lawsuit from Bethesda mentioned. Bethesda reached what was described by the company as an amicable settlement with Behaviour and Westworld studio Warner Bros. earlier this month. Terms of the settlement deal between Bethesda and Behaviour were never made public, so it’s impossible to know if shutting down the Westworld game was part of the deal, but that could be the case.

Bethesda was suing Behaviour and Warner Bros. for «copyright infringement, breach of contract, and misappropriation of Bethesda’s intellectual property.»