Apex Legends is similar to other battle royale games, but it where it differs is its emphasis on teamwork. The game has eight different character to choose from, each with their own unique abilities. Deciding which character to play as and knowing how their abilities can best contribute to your team’s survival is essential.

For a character like Caustic, defensive tactics is the name of the game. His deadly gas traps can easily overwhelm and hinder mobility of enemy squads, offering your fellow teammates fertile opportunity for an easy ambush. At a glance, Caustic’s abilities often seem more contextual than universally functional, but with a little practice, you can use that to your advantage.

Keep reading for all the information you need on Caustic’s abilities, including his strengths and weaknesses, as well as tips on how to use him effectively and help your team to victory. We’ve also got plenty more guides, including things that Apex Legends doesn’t tell you, a list of myths we’ve tested about how the game works, and a full rundown of the game’s best guns. You might also want to check out our Apex Legends review.

As stated above, Caustic’s strategies are a bit contextual. His Gas Traps are lethal, but it takes a firm understanding of their capabilities to use them effectively. And with such a large map where numerous battle scenarios are possible, finding the right time to leverage Caustic’s strengths proves more difficult than you’d expect. That said, getting a feel for that takes time, so remain patient and don’t hesitate to adjust his abilities to the needs of your team.

In battle, Caustic is best in close quarters situations. His gas abilities let you control a fight by blanketing areas to force enemies out of or away from them, and can give your team a serious advantage as your opponents are damaged, slowed, and blinded. He’s also good for countering tracker or scout characters such as Bloodhound or Wraith-gas traps placed carefully can slow people following you, block pathways, and force players to move through pathways that help your teammates. 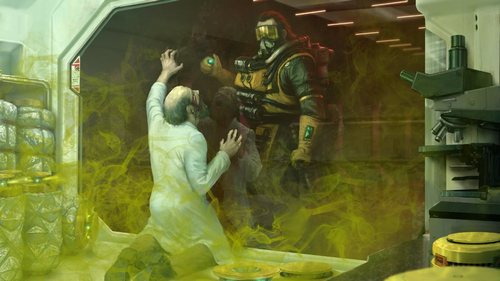 Use Caustic to try to control the battlefield and give your team strategic advantages, and sew chaos among enemy teams whenever possible by gassing them out. Just be aware that your gas can negatively affect your teammates. It won’t kill them, but it can blind and slow them.

Caustic can drop Nox Gas Trap canisters that release deadly gas when shot or triggered by enemies. Gas effectively blinds enemies, while damaging them over time, making it great for close-range encounters.

Nox Vision allows you to see enemies through Gas. It’s pretty convenient, as enemies afflicted by your toxic gas are highlighted in green for both you and your squadmates.

Caustic’s Ultimate Ability Nox Gas Grenade blankets a large area in Nox Gas. This ability can be used defensively or offensively, putting enemy squads into a state of panic in confined space or sending them running in the other direction.

While you’re likely to be inclined to surprise enemies with Caustic’s traps, it’s a great idea to set some down as you’re fighting to tip the balance in your favor. It’s also possible to block doors and hallways with your traps, which can physically impede people from getting past them. You can throw up to six Nox Gas Traps at a time. You have three on cooldown, but once that ends, you can drop three more, or drop one as you get them back off a cooldown. Another great way to use the Nox Gas Traps is laying them down behind your team as you move up. This will alert you if anyone’s triggered them or are trying to sneak up on you. In addition, you can drop traps near downed enemies in hopes of luring their teammates near them. Any traps you don’t use, you can also pick back up, so keep that in mind. 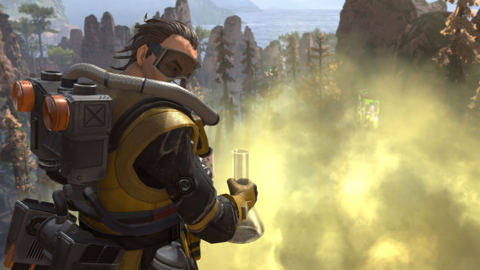 The enemy outlining provided by Caustic’s Nox Vision is a nice perk that should encourage you to use your traps more liberally. The gas won’t hurt your teammates but be aware that their visibility in gas is still similar to smoke grenades, so try not to go overboard-lest you want to frustrate your squad.

Caustic’s Nox Gas Grenades are useful in leading enemies into an ambush. It’s also particularly useful in pushing enemies away, so you can give your squad time to revive downed teammates. You can even throw them in the opposite scenario, preventing enemy squads from bringing back their friends.

Another handy strategy is comboing Caustic’s gas trap and gas grenade in a confined space. If you’re able to block an enemy into a room with a trap, throw a grenade inside. Assuming they aren’t smart enough to grenade the door, this deadly combination should make for a guaranteed kill.

All this talk about deadly gas is great, but don’t think the enemy is completely powerless. Beware of incoming Grenades or Arc Stars while your gas is active on the field. 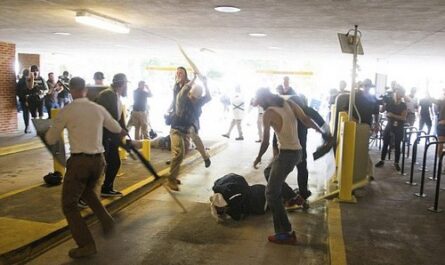