Season 8 of Fortnite is officially underway, and a lot has changed in the hit battle royale game. There are new areas of the island to explore, as well as a slew of new skins and cosmetics to unlock.

But as they say, the more things change, the more they stay the same, and that holds especially true for Fortnite. Just as in seasons past, Epic Games will be rolling out new challenges to complete every week in Season 8. Clear these and you’ll be rewarded with Battle Stars, which in turn will level your Battle Pass up and unlock the new Season 8 skins and rewards. 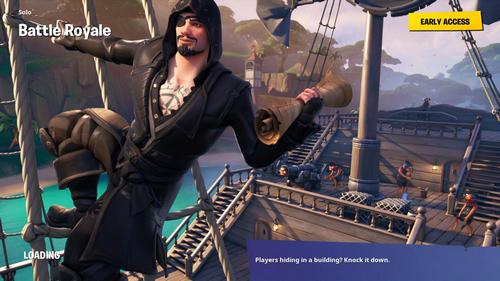 Week 1’s challenges are now live across all platforms, and if you manage to finish all of them, you’ll unlock the loading screen pictured above. This one features a crew of pirates aboard the giant shipped docked at Lazy Lagoon, one of the new areas introduced this season. Look closely at the background, however, and you’ll be able to spot a Battle Star atop one of the buildings on shore.

Lazy Lagoon can be found in the northern portion of the map, to the west of the giant volcano. Glide to the area at the start of a match and locate the building pictured in the loading screen. Make your way to the top of its tower and the Battle Star will appear, just as teased. Collect it and you’ll level your Battle Pass up by one tier. We’ve marked its location on the map below, and you can see exactly where you need to go in the video at the top of this guide.

As in previous seasons, there are a couple of caveats you need to keep in mind before you can get this Battle Star. It won’t appear on the island unless you’ve completed enough challenges and unlocked the aforementioned loading screen, so you can’t simply go to the right area and expect to collect it unless you’ve put in all the necessary work. 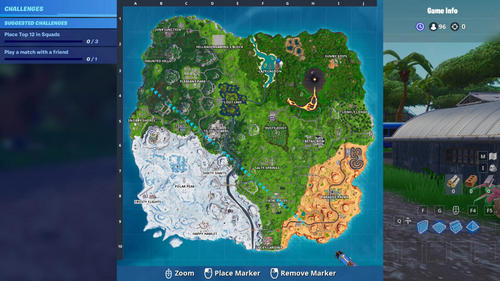 Fortunately, thanks to the new Party Assist feature, which allows all players in a party to contribute progress toward challenges when enabled, it should be easier than ever to complete tasks in Season 8. Epic has even added a ping system copied from Apex Legends. You can read about all of the other changes the studio has made to the game in the full update 8.0 patch notes. For tips on how to complete this season’s trickiest challenges, be sure to check out our comprehensive Season 8 challenges guide.