Nintendo has provided an update on the state of Metroid Prime 4. In a video, senior managing executive officer Shinya Takahashi admitted that development of the game thus far hasn’t reached the standards the publisher wanted and the project has been rebooted. Additionally, Retro Studios, the Texas-based team that developed the three previous entries in the series, has been brought back to work on the sequel. 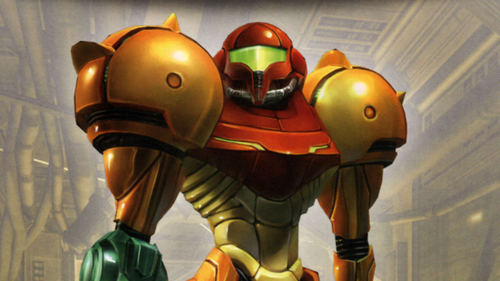 «Although this is very regrettable we must let you know that the current development progress has not reached the standards we seek in a sequel to Metroid Prime series,» Takahashi said. «Nintendo always strives for the highest quality in our games and in our development phase, we challenge ourselves and confront whether the game is living up to that quality on a daily basis.

«From this perspective, we have determined that the current development status of Metroid Prime 4 is very challenged, and we had to make a difficult decision as a development team. We have decided to re-examine the development structure and change it.»

Takahashi went on to confirm Kensuke Tanabe, producer on the game, will work «in trust and collaboration with the studio that developed the original Metroid Prime series, Retro Studios … and restart development from the beginning.» This collaboration, he said, will allow Nintendo to make a sequel that will meet the expectations of fans.

Takahashi also attempted to reset some of these expectations, particularly around how soon people will be able to see and hear more about Metroid Prime 4. «This change will essentially mean restarting development from the beginning,» Takahashi reiterated, «So the completion of the game will be delayed from our initial internal plan.

«It will be a long road until the next time we will be able to update you on the development progress, and development time will be extensive. However, we will continue developing the game so that when it is completed, it will stand shoulder to shoulder with the past Metroid Prime series titles.»

Metroid Prime 4 was first announced at E3 2017, with a very short teaser that simply showed a logo and a message that read «Metroid Prime 4 – Now in development for Nintendo Switch.» Shortly after its reveal, it was confirmed that Retro did not have any involvement in the project. Reports later suggested that Bandai Namco was working on the game in some capacity. Bandai Namco has collaborated with Nintendo on multiple Smash Bros. games, but its involvement with Metroid Prime was never confirmed.

The return of Retro Studios will no doubt come as good news for fans of the Metroid Prime series. The team itself has changed somewhat since it was last working on Metroid, with key members of the Prime development team leaving to establish Armature Studio. Retro Studios has maintained a strong relationship with Nintendo, developing Mario Kart 7 for Nintendo 3DS and various Donkey Kong Country games for Wii, 3DS, Wii U, and Switch.

Metro Exodus: Release Date, Gameplay, Impressions, And What We Know