2K Sports and the NBA have announced a major extension on their licensing deal for the NBA 2K series in a move that’s said to be worth north of $1 billion. 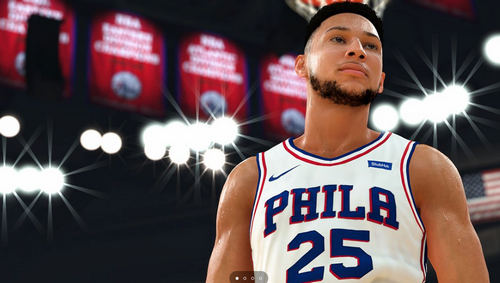 The official line is that this is a «significant, multiyear global partnership extension.» Terms were not disclosed, but The Wall Street Journal reports that Take-Two, which owns 2K, is set to pay as much as $1.1 billion over seven years to the NBA and its players’ union. That information is credited to a source who is said to have knowledge of the deal.

According to the report, the $1.1 billion over seven years is «more than double» what Take-Two paid the NBA for its previous licensing deal that was announced in 2011. The figure is said to be based on a percentage of sales of NBA 2K games.

One of the reasons why the licensing fee might be so much bigger this time around is because the NBA 2K series is believed to be an even bigger revenue juggernaut now that the franchise includes microtransactions. This has been a company-wide push, as Take-Two has said it aims to put microtransactions in all of its franchises going forward. NBA 2K’s use of microtransactions, which started in 2013, has been controversial, but they are still in the game and will no doubt continue to be used in future titles.

The latest NBA 2K game, NBA 2K19, was a smash hit. It sold more than 10 million units, and it drove even more money from its microtransactions. In total the NBA 2K series has shipped more than 86 million units since it first launch 20 years ago.

Take-Two chief Strauss Zelnick said he’s excited to work together with the NBA to «find new and innovative ways to captivate and engage basketball fans, and expand further the success of the NBA 2K brand.»

The NBA also has a licensing deal with Electronic Arts for the NBA Live series. However, it’s not immediately clear if the NBA has reached a new deal with EA as well.

In addition to the NBA 2K series, 2K Sports published last year’s NBA Playgrounds 2, which is an arcade-style title.