After more than 15 years with the company, Nintendo of America president and COO Reggie Fils-Aime is retiring this April. Shortly after the news broke, the company shared a heartfelt farewell message from Fils-Aime himself on Twitter. 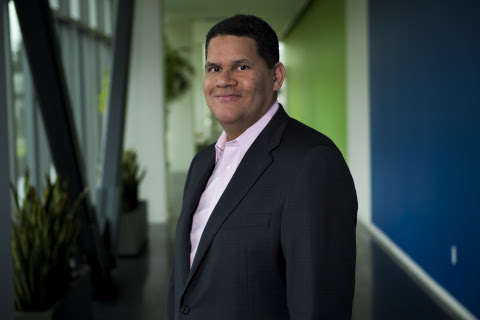 «I wanted to reach out directly to you, the Nintendo community, because there’s one thing I really want to say: thank you,» Fils-Aime said in the video below. «Thank you for your never-ending support, and for your passionate love of Nintendo. And personally, for giving me a Mushroom Kingdom full of incredible memories that I will never forget, ever.

«From the first time I saw the nickname ‘Regginator,’ I realized that Nintendo fans share a unique sense of community, a bond that goes beyond just a love of video games. For these past 15 years, I’ve been honored to be included as part of your family.»

Fils-Aime also shared a few words about his successor, NOA senior VP of sales and marketing Doug Bowser, who’ll be formally taking over his role on April 15. «Doug is a passionate and powerful leader, and a guy who in his youth probably spent too much time in front of a Donkey Kong arcade machine. Inside Nintendo, people already know him as a driving force, and you’ll come to see that too.»

Fils-Aime joined the company partway through the GameCube era and has been its face in North American territories ever since, delivering press conferences and appearing in Nintendo Direct broadcasts. He’ll perhaps best be remembered, however, for the countless memes he’s inspired, from the time he danced to promote Yo-Kai Watch to his unintentionally iconic catchphrase.

Following the news of Fils-Aime’s retirement, many other industry figures, such as Microsoft’s Phil Spencer, expressed their thanks and shared memories and anecdotes of the NOA president.