Respawn Entertainment’s Apex Legends launched less than two weeks ago, and it has already reached a staggering number of total and concurrent players. Now, the free-to-play battle royale game can boast a new record, as it recently surpassed the single-day Twitch viewership record that was previously set by Epic Games’ Fortnite.

On February 12, during the Apex Rivals competition, Apex Legends garnered 8.2 million cumulative viewing hours on Twitch. In this contest, 48 of Twitch’s top streamers competed against each other, and fans were clearly interested to see the results firsthand.

Once upon a time – July 12, 2018, to be exact – Fortnite set the single-day viewership record, clocking in at approximately 7 million cumulative viewing hours on Twitch. This was achieved at the time of Season 5’s launch, shortly after the title debuted on the Switch and when Fortnite mania seemed to be at its peak. 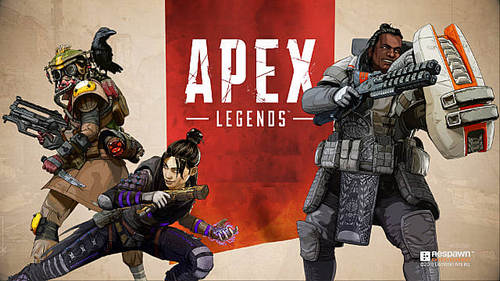 While Apex Rivals certainly bolstered viewership for Apex Legends, allowing it to quickly surpass Fortnite’s feat, data suggests that the record might have been broken soon even without the streamed competition. That is, reports indicate that 6.9 million viewing hours were spent watching Apex Legends on February 10, and this number increased to approximately 7.1 million viewing hours the next day.

That level of viewership is right near Fortnite‘s record, and it occurred on days when only normal gameplay was being streamed. Time will tell what other records Apex Legends may break amidst the game’s ever-increasing popularity.

More details on Apex Legends viewership can be found on Gamasutra.

Check out our other Apex Legends coverage for news, tips, and more.

If you’re new to Apex Legends and wonder which characters are the best and which abilities to focus on, head over to our Apex Legends character rank list and ability guide.

Just started Apex Legends? Our beginner’s guide to winning faster lays out some great tips. And if you’re looking for the best guns, we have that, too.