Note: This post contains spoilers for Alien: Blackout and Alien: Isolation. Read on at your own risk!

Alien: Blackout might be a small-scale mobile game you can finish an hour or two, but it still contributes to the larger story begun with Ridley Scott’s 1979 film Alien. Blackout is actually a direct sequel to the 2014 video game Alien: Isolation, which added a new character to the story: Amanda Ripley, the daughter of film protagonist Ellen. And while the tale of Blackout isn’t as involved as what’s in the films or in Alien: Isolation, it does provide a little context for Amanda Ripley’s continuing story.

The interesting thing about Alien: Isolation is that it fills in a portion of the Alien timeline that was previously unexplored. The game jumps 15 years into the future from the end of Alien to tell Amanda’s story, in which she heads to Sevastopol, a space station in the middle of being decommissioned. That’s where a salvage crew has brought the flight recorder from the Nostromo, Ellen Ripley’s mother’s missing ship, which Ellen blew up in order to kill an alien that got on board and murdered the crew. Amanda joins a team from Weyland-Yutani, the company Ellen worked for, that’s heading to the station to recover the recorder and find out what happened to the Nostromo and her mother.

Isolation fits nicely in the Alien canon thanks to the movie’s 1986 sequel, Aliens. In that movie, Ellen Ripley is rescued after escaping the Nostromo, only to discover she’s been in hypersleep for 57 years. In a deleted scene in that movie, Weyland-Yutani executive Carter Burke reveals to Ellen that Amanda had grown old and died in the years before Ellen was rescued. The Ripley women are never reunited.

Amanda was previously only mentioned in that one scene, so Isolation takes the opportunity to open up her story. When she arrives on Sevastopol, she discovers the salvage team also accidentally brought back an alien from LV-426, the same planetoid Nostromo visited. By the time Amanda and her group reach the station, a full-grown alien is picking off the people trapped there one by one.

Amanda works with survivors to try to eliminate the alien, but she soon discovers that it has created a whole hive, birthing more and more creatures in the bowels of the station. And like in the films, Weyland-Yutani is hoping to capture an alien from Sevastopol, even if it means everyone on the station dies in the process. Eventually, Amanda circumvents Weyland-Yutani’s efforts and escapes the station before it’s destroyed, but she’s the only survivor. Isolation ends with Amanda entering the Torrens, the ship that first took her to the station, only to discover an alien has made it on board and killed the crew. She opens the ship’s airlock, sending both her and the alien into space. It seems she’s doomed to die in her spacesuit, before a final shot of a spotlight passing over her face-suggesting a ship has discovered Amanda and can save her.

Alien: Blackout picks up sometime later, although it’s not clear how much time has passed since the end of Isolation. The game takes place on Weyland-Yutani’s Mendel Research Station, and starts with the arrival of the USCSS Haldin, a ship carrying two crew members, Saito and Studwick, and two people from W-Y: Yutani-an executive and second cousin to the company’s namesake-and Thorncroft, a scientist. When they board the station, they discover Amanda, who warns them that an alien is loose on the station and that everyone else is dead. Amanda has only survived because she’s slipped into Mendel’s air vents, where she’s connecting into the computer system to use motion sensors and cameras to keep an eye on the alien-and stay one step ahead of it.

Most of Blackout is concerned with the moment-to-moment attempts to keep the survivors alive, and the story is pretty simple. But the game does give a few larger hints about the Alien world. Amanda tells the crew that the alien on Mendel Station was born there, and she blames Weyland-Yutani for it. Both Yutani and Thorncroft say they’ve never heard anything like the alien, though. The Alien franchise is full of Weyland-Yutani conspiracies to try to get the alien at any expense, but apparently, nobody brought either of them into it.

Amanda’s discovery that there’s another alien on Mendel Station is a significant change what we’ve seen in most of the Alien film canon. In Alien, Alien: Isolation, and Aliens, the creatures all come from the same place: LV-426. In fact, dialogue in Aliens states that after the Nostromo is destroyed, no one encountered the alien across «more than 300 surveyed worlds.» And in the intervening years, LV-426 becomes home to a small human colony called Hadley’s Hope-and people live there successfully for years. It’s not until Ripley reports back to Weyland-Yutani about what happened to her crew that the company sends colonists out to see if the creatures are still there.

So if Mendel Station had an alien of its own, that suggests there’s another source of the creatures that the company has discovered between Alien and Aliens. There’s some precedent for that idea in recently released Alien novels that expand the story. In 2014’s Alien: Out of the Shadows (which takes place between Alien and Aliens) and Alien: Sea of Sorrows (which takes place years after Ellen Ripley’s death in Alien 3), more aliens are discovered on other planets-but they tend to kill everyone who knows about them. With Ripley and her crew the only survivors of Mendel Station, that might explain why Aliens suggests nobody knows about the creatures: everyone who ever encounters them, save the Ripley women, winds up dead.

Like most Alien stories, Blackout has another wrench from Weyland-Yutani: Special Order 941. When Amanda and the survivors try to escape the station aboard the Haldin, they find they’re blocked by the station’s artificial intelligence under the company’s orders. The special order echoes similar instructions that diverted the Nostromo to find the creature (Special Order 937) and the instructions to protect the alien at the expense of the humans on Sevastopol (Special Order 939). We still don’t know who specifically is issuing those particular orders.

Blackout ends with Amanda escaping Mendel Station, along with any of the survivors you manage to save, before the station blows up with the aliens on board. She notes in her log that the group’s next stop is KOI-125.01, a manufacturing colony, and that she plans to go on to Earth after that. If Yutani survives, she also mentions plans to make a full report of everything that happened.

We don’t know what happens at KO1-125.01, but Amanda, at least, makes it back to Earth. This week, Fox’s official Alien Twitter account announced the launch of Aliens: Resistance, a four-comic series that continues Amanda’s story back on Earth. In it, Amanda teams with a former Colonial Marine, Zula Hendricks, in an attempt to bring down Weyland-Yutani and expose its alien bio-weapons program. Resistance links the story of Isolation with the greater Alien comics world: Hendricks was a protagonist in the 12-issue series Aliens: Defiance, in which she also encountered the alien, lived to tell about it, and discovered Weyland-Yutani’s evil plans. So Resistance looks to be a sequel both to that series and to the Amanda Ripley games so far.

The description of Resistance suggests that what Amanda found in Blackout is just one of several facilities where Weyland-Yutani is trying to weaponize aliens, which means there could be a lot more going on for Amanda. That might also be another clue to the situation 40 years later in Aliens: if Amanda manages to take down W-Y’s alien program, it would explain why the company is still desperate to get hold of aliens decades later.

There’s also a lot of leeway for additional stories, as Isolation, Blackout, and Resistance are showing. After all, most of the information in Aliens about what happened to Amanda and the creatures comes from Weyland-Yutani themselves, and the company has never been especially trustworthy. Maybe Blackout and Resistance suggest more games starring Amanda Ripley could be part of the Alien-infested future. 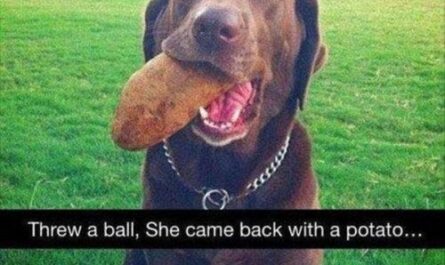