After a number of delays, the release of Bend Studio’s zombie-centric Days Gone is finally approaching. In preparation for the game’s April release, Sony has unsurprisingly started ramping up its marketing efforts around the title. A newly released trailer now gives fans a peak at what they can expect from Days Gone‘s open-world. 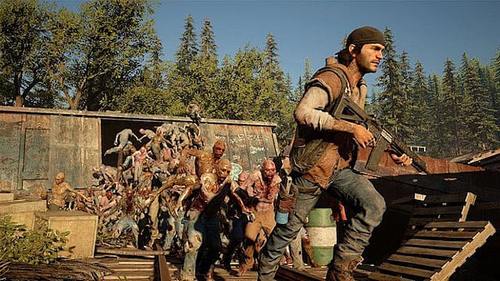 As indicated by the video, the world of Days Gone is equal parts «breathtaking» and brutal, and the trailer begins by outlining the natural phenomena that players may encounter on their journeys. These include rivers, waterfalls, dense forests, and lush valleys; however, players are advised to avoid the temptation of casually admiring the scenery, as danger is said to lurk around every corner.

Additionally, the video looks at some of the more heavily populated areas of Days Gone. Specifically, players should expect to encounter survivors and Freakers alike as they ride through the small towns and checkpoints that fill the game’s six regions. Furthermore, approaching dangerous enemy camps will require players to use «different tactics and strategies» if they hope to survive.

The most dangerous areas of all, however, appear to be mass graves that now act as feeding grounds for Freakers. It seems that players wanting to pass through these regions should not stray far from their motorcycles.

Separately, the trailer focuses on how weather impacts the game’s world. Those that have been following development will know that Days Gone takes place in a post-apocalyptic Pacific Northwest, and the region’s weather, which is described as «harsh and unpredictable,» is set to play a role.

This may mean something as simple as muddier terrain following a heavy rain, but there is indication that the effect may be greater than that. For instance, it is stated that the snow found in the game’s mountains and foothills will «make the Freakers even stronger and more dangerous.»

While there is not a great deal of gameplay information available in the new trailer, many players will simply be excited to see more footage of this highly anticipated title. For those fans, hopefully more will become available in the months leading up to release.