If you’ve played Fortnite for more than a couple of seasons with the Battle Pass in hand, you know the weekly ritual all too well by now. A new batch of challenges are released, and each week you head to the internet (preferably GameSpot’s essential guides) to find out where golden balloons are scattered, shooting galleries are located, or where exactly to search between landmarks. Then you hop into Fortnite with the sole intention of completing these challenges as quickly as humanly possible.

At this point, the majority of these challenges are monotonous, and completing them each week has become a bit of a chore. There’s an obligation to do them that evokes a feeling not too dissimilar from the compulsory urge you get to play an MMO each month purely because you’re paying a subscription fee. 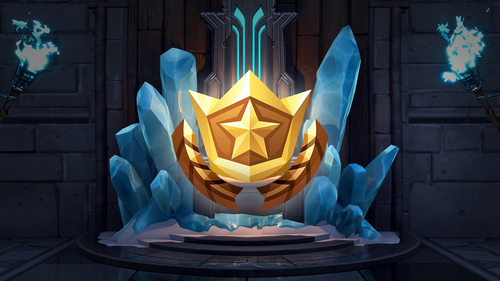 Fortnite’s Battle Pass is good value, but only if you put in the time to get the most out of it, and that means completing challenges to earn battle stars, which in turn help you to gradually ascend through the tiers and unlock each of the skins, emotes, and whatever else is on offer for that particular season. You can even earn enough V-Bucks to purchase the next season without spending a dime of real money, provided you can resist the temptation to purchase any of the skins that go on sale in the item shop throughout the 10 weeks a season typically lasts.

The battle royale scene has heated up in recent months thanks to Apex Legends and Call of Duty: Black Ops 4’s Blackout mode. These are now vying for attention alongside established games such as Fortnite and PUBG. Epic has responded in kind with the opportunity for anyone to earn Season 8’s Battle Pass free of charge. Fortnite isn’t going to start hemorrhaging too many of its 200 million players any time soon, but with more options for people to choose from, offering an appetising incentive to play Fortnite is a prudent move on Epic’s part.

In order to gain free access to Season 8’s Battle Pass you have to complete a particular amount of the new Overtime Challenges. Much like the regular challenges found in the game, their quality varies wildly, but there’s one key difference so far: You can complete most of them by simply playing the game.

Whether you’re hopping in a plane to travel between numerous locations or have your face buried in a walkthrough to find a gaggle of hidden collectibles, you regularly have to veer off course to complete Fortnite’s normal weekly challenges. Sure, these kinds of tasks encourage players to explore the map to a certain degree, and they do introduce gameplay variety beyond shooting to kill, but you’re already incentivised to visit brand-new areas of the map just to see what’s new, while The Block-a specific area of the map used to showcase user creations-disregards challenges completely because it isn’t feasible when the play space changes each week. Sadly, however, the Block is all too easy to ignore if your time is dedicated to completing challenges.

There are exceptions to this rule, of course, and while the straightforward act of killing three people with a shotgun isn’t the most inventive of challenges, it is something that can occur naturally while playing to win, or even playing to rack up as many kills as possible. Other similarly structured challenges might force you to go out of your way to use a weapon type you usually never do, or task you with approaching firefights with a builder’s mindset. Fortnite could do with more of these challenges, as well as others that reinvigorate the weekly grind, instead of relying on the fetch quest facsimiles. Playing the game shouldn’t feel like a compulsory chore each week if you want to get the most out of your Battle Pass purchase.

At this point in Fortnite’s lifecycle, particularly if you’ve been playing for more than a few seasons, the things you’re doing aren’t changing in enough meaningful ways from week to week and season to season. Shooting golden balloons might be different from dancing in front of various gargoyles, but it’s still a bland task you have to go out of your way to do, and this whole process has become disappointingly rote. Epic does an admirable job of trying to keep the game fresh each week, introducing new weapons, working in exciting world events, and so on, but when it comes to the Battle Pass the weekly makeup of challenges has become counterintuitive to this freshness.

With the most dynamic aspect of Fortnite becoming stale we could see a slice of Fortnite’s player base look to other battle royale experiences for a fresh twist on the formula. With high-quality alternatives such as Apex Legends now competing for our time, it feels imperative that Fortnite breaks out of this monotony. Offering a free Battle Pass for completing relatively easy tasks might be a shrewd idea, but the Overtime Challenges, like the regular weekly ones, only serve to highlight how lacklustre this aspect of the game has steadily become. 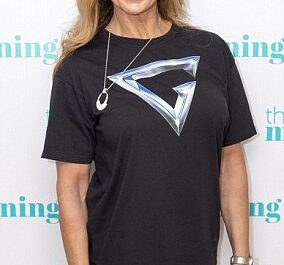 Three Major February PC Releases Are Not Coming To Steam