Kingdom Hearts 3 is one of the most anticipated games of the year. Fans have been waiting years for the release date of the third mainline entry in the series to arrive, and that moment is nearly here-it launches tomorrow, January 29. 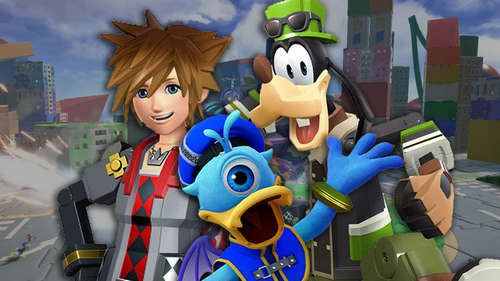 If you’re not familiar with the series, you might enjoy our Kingdom Hearts story primer, or everything you need to know about Kingdom Hearts 3. One notable thing that’s emerged in the last few days is that the game’s epilogue will be added after launch to avoid spoilers being leaked. And if you want to know how long it will take to see that epilogue, you can find out by taking a look at Kingdom Hearts 3’s campaign length estimate.

We awarded the game an 8/10 in our Kingdom Hearts 3 review, while critics across the board seem pretty positive about this concluding chapter. Read on below for a selection of other reviews or check out GameSpot sister site Metacritic for more, or head over to CNET for thoughts from a series newcomer.

«What sticks with me is the exciting battle against elemental titans with Hercules, taking Rapunzel out into the unfamiliar wide world for the first time, snapping selfies with Winnie the Pooh, and going toe to toe with Davy Jones. In 2002, as Sora, I left Destiny Islands to travel across the universe and make new friends. In 2019 I brought old ones home, and I had so much fun doing it.» – Tamoor Hussain Full review

«Kingdom Hearts 3 sticks doggedly to what made Kingdom Hearts successful in the first place, for better or worse. It’s both the poison and the antidote. It’s more than happy to let you swim in its best bits of unpredictable, epic combat set pieces and then sit you down for an extended fireside chat about a Keyblade War with four antagonists that all share the same hair colour and only slightly varied haircuts.» – Jackson Ryan Full review CNET is GameSpot’s sister site.

«I thoroughly enjoyed Square Enix’s evolution of Kingdom Hearts’ gameplay and fidelity to Disney’s beloved animated movies. While the storytelling could use some punching up, Square has done a fantastic job of capturing the spirit of these worlds while giving us a massive toolbox for battles and exploration. Even as I watched the dust settle on the story I wanted to jump right back in to collect everything. But to see all of the events of the Kingdom Hearts games so far culminate is, frankly, weird. Having been given so much time to ruminate, its specific resolutions aren’t all that surprising, but only a marginal impact is lost as a result. I still loved seeing so many characters from throughout this series interact in new ways and rekindle old bonds. It’s nice to see that, even so long after the very first game, Kingdom Hearts 3 is so full of heart.» – Jonathon Dornbush Full review

«While not perfect, Kingdom Hearts III is the game I’ve been waiting for. After finishing it, I was delighted by how satisfied I was with the journey. I traversed worlds with some of my favorite Disney characters, persevered through challenging boss battles, and saw a triumphant finale that only makes me more excited for the future. The series still has a lot of heart, and that’s what makes it so endearing.» – Kimberley Wallace Full review

«Kingdom Hearts isn’t simple anymore; it isn’t just joy and bright colors and Disney heroes. Instead, the conclusion of this story is tangled up in so many conflicting threads, each one a heavy burden on its hero, whose smile now feels unnerving. Kingdom Hearts 3 is an example of what can go wrong when a series that once stood in contrast to its peers as a lighthearted alternative loses its way.» – Allegra Frank Full review

«Whatever the flaws, there is nothing quite like Kingdom Hearts 3, and it’s a wild, wonderful ride as a result. Name one other game where you can watch Elsa belt out Let It Go before hammering some monsters to death with a giant key. I’ll wait.» – Rachel Weber Full review