Just when you were getting excited to chase down The Last Word, one of Destiny 1’s best guns, as it makes its return to Destiny 2, Bungie goes and teases an even bigger deal: Thorn. 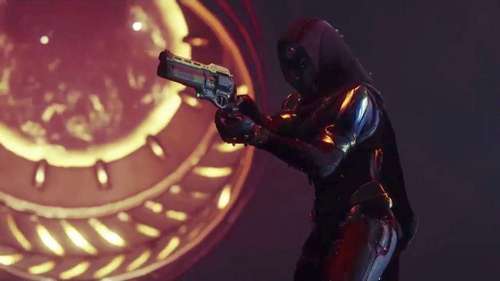 Bungie released a trailer for its next in-game event, The Draw, for those who purchased its annual pass, which confirmed that players will be hunting down the Exotic hand cannon The Last Word. That’s a Destiny 1 gun many have been wishing would make a return, and it’s one that has a ton of lore and story tied to it.

Prepare to add the Last Word to your holster when The Draw Exotic quest goes live 1/29. pic.twitter.com/8DjyE17jPi

In fact, The Last Word is one part of a famous duel, in which a heroic Guardian hunted down and killed a murderous one who’d fallen to the Destiny version of the Dark Side of the Force. If you’re hazy on one of Destiny’s best stories, check out our lore catch-up ahead of The Draw.

The Draw already looked like it would be continuing that story, which Bungie has also been advancing throughout its big Year Two expansion, Forsaken. But in the final moments of the trailer for the new event, Bungie dropped a bombshell in teasing the return of Thorn in Season 6, which starts in March.

Destiny 1 players will remember either fondly or with abject disgust the weapon that often dominated the original game’s competitive Crucible. Thorn fired bullets that did delayed damage over time, which meant plenty of players disparaged it and its users as being low-skilled-but that didn’t harm its popularity.

While Thorn’s return seems all but confirmed by Bungie’s trailer for The Last Word, the question of when it’s coming to the game is still unanswered. Bungie previously gave us a sense of when things are happening throughout Year Two with its content map, which also breaks down which events are free to all players and which are exclusive to people who purchased the annual pass. Since The Draw is an annual pass event, it seems likely Thorn will be too-but outside of it happening sometime in Season 6, it’s not clear when we can expect one of Destiny’s evilest guns to once again invade the Crucible.

Apex Legends Needs To Make This One Big Improvement Immediately