Following a report that Electronic Arts had canceled the open-world Star Wars game in development at EA Vancouver, the publisher has finally responded with a statement. Unfortunately, it doesn’t offer any real insight, though tellingly it does nothing to dispel what Kotaku’s story laid out. 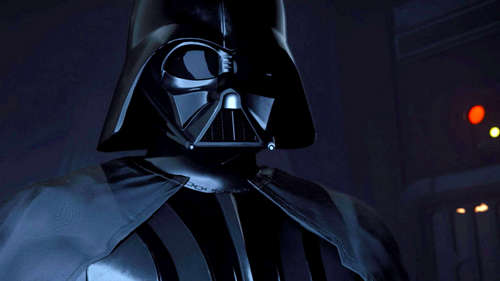 «There’s been speculation overnight about one of our Star Wars projects. As a natural part of the creative process, the great work by our team in Vancouver continues and will evolve into future Star Wars content and games,» the company said in a statement shared with GameSpot. «We’re fully committed to making more Star Wars games, we’re very excited about Star Wars: Jedi Fallen Order from Respawn, and we’ll share more about our new projects when the time is right.»

That is far from a denial that it’s canceled the project, which was said to be an open-world game «reboot» of what had previously been in development at the now-defunct Visceral Games. When the former Dead Space developer was shuttered, Vancouver assumed control of the project, which morphed into something quite different but would use assets from Visceral. Kotaku’s report states Vancouver is now at work on a smaller-scale Star Wars game that can be released sooner than would have been possible with the open-world game.

It’s been rough going for Star Wars games at EA, both in terms of this specific project and more broadly. Battlefront II had an extremely rough launch after players objected to the use of what was perceived as pay-to-win mechanics, which were ultimately pulled at the 11th hour, just before release.

As noted in EA’s statement, the company does have Jedi Fallen Order in development at Respawn, the studio known for the Titanfall series. Little is known about the game, which stars a young Jedi Padawan after Order 66 is carried out in Revenge of the Sith. Respawn has multiple games set for release before the end of 2019, which could include both Jedi Fallen Order and Titanfall 3. It’s also working on an unannounced VR game.

What the future holds for EA’s Star Wars games is unclear, but the company does have a licensing agreement that gives it the exclusive rights to make Star Wars games on consoles. That deal runs until 2023.