After Bungie split off of Microsoft, the Halo series was at something of a crossroads. Veteran Microsoft developer Bonnie Ross recalls in a fascinating new interview that at this time, some at Microsoft questioned whether or not the series would live on. 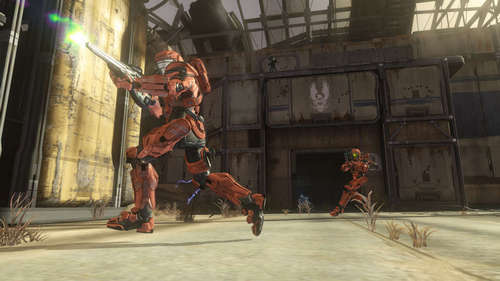 «When we spun Bungie out, the future of Halo was uncertain,» Ross said in an interview with IGN. «We weren’t actually sure if Halo 3 was going to be the last game.»

As fans may recall, Halo 3’s story ended in ambiguous fashion. Master Chief could have been dead. He wasn’t of course, and his story would go on to be continued in Halo 4 and Halo 5. Those games were developed by 343 Industries, Microsoft’s internal Halo development studio that Ross founded.

She recalled pitching the idea for an internal Halo development studio, and the reaction wasn’t entirely positive. Ross said she remembers then-Xbox boss Shane Kim advising against it. He warned her that people at Microsoft might try to convince her to do things with the franchise that aren’t right for it. Another former Xbox boss, Robbie Bach, also said it might not be a smart move to continue the Halo series with Bungie out of the picture, Ross said.

«Robbie Bach and Shane Kim were like, ‘Hey, Halo’s great, Bungie doesn’t want to do it anymore.’ Robbie and Shane were not people who were thinking just for the money but it was basically like, ‘Hey, I think it’s maybe good for another game or two and then let’s just cut our losses and tell another story.’»

So the idea became to potentially tell a four-game series of Master Chief-focused Halo games and then «wrap it up,» Ross said. With that in mind, Microsoft considered potentially bringing on an outside studio to make potentially «one or two other Halo games» after Halo: Reach and Halo 3: ODST. Those titles, which were developed by Bungie and published by Microsoft after the split, do not feature Master Chief as the main character. But the new titles presumably would.

The leading name to take on the job was Gearbox, the studio behind Borderlands. The studio has a history with Halo, as it developed the PC edition of Halo: Combat Evolved. However, Ross said she thought it was «blasphemy» to have an outside studio make a Halo game.

As for why Ross believed in Halo as a franchise so much, she pointed out that the entirety of Halo 1-3’s story takes place in only three months of time, fictionally, so there are many more stories to be told. Indeed, the story of Halo 4 and Halo 5: Guardians went in new directions. The next Halo game, Halo Infinite, puts more of an emphasis on Chief than Halo 5, but nothing else is known about the story. A recent report from Brad Sams claims Halo Infinite will be a launch title for a new Xbox releasing in 2020.

After Lawsuit From Bethesda, The Westworld Mobile Game Is Shutting Down