Leaked information about upcoming games and features is common in today’s digital environment. Tech-savvy gamers use their skills to dig into files and see what might be in store for the future. 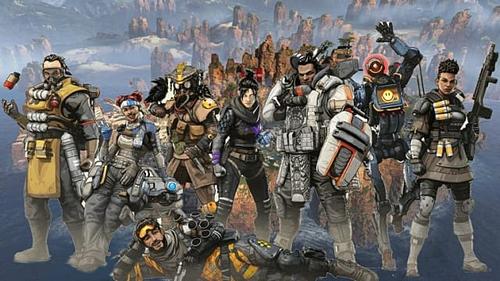 The same is true for a dedicated set of Apex Legends fans, who recently divulged new information about possible additions to the fast-growing battle royale game.

The tentative new additions center around a new mode, some new Legends, and new cosmetic updates – in other words, skins. As with all datamining efforts, finding evidence of updates and additions in the files doesn’t mean the material will find its way into the game at some point. Some dummy files tend to get left in game data, and sometimes, plans change, and the data isn’t used after all.

The alleged new mode is referred to as Survival. However, the leak’s source, @RealApexLeaks (Gaming Intel’s Aadhav Kandasamy Suresh) didn’t reveal much information about it. Apart from the name, the dataminer uncovered some NPC data, including «Hosts» and some other NPCs that potentially offer commentary or cheer players on.

There is also some information in the files about Kill Replays being added to the reported Survival mode, although that too remains to be seen.

Another mode players may see making its way to the game is Recruit Mode. This gameplay mode seemingly expands on the game’s existing team aspects, pitting up to three teams against each other, with each team consisting of 20 members. If a member revives a killed opponent, then that opponent joins the healing team.

Suresh also found files related to singles and duos modes, which, if true, would suggest Apex Legends won’t be based on three-player squads forever.

Data for two new Legends popped up as well, though Suresh noted nothing could be confirmed about either. The first is a character called Octane, whose ability is Stim (a speed doubling ability from Titanfall 2), and the second’s name is Watson, who has an ability called Tesla Trap.

Lastly, the rumored cosmetic content is reportedly exclusive to Twitch Prime members and would include a new Pathfinder skin and five Apex Packs. Apex Packs grant you new skins and other cosmetic items, including potentially rare Heirloom items.

Whether some or all this content finds its way to the actual game remains to be seen. However, the first major update for Apex Legends is planned for March, so it’s possible fans might learn something new around then.