There’s quite a bit that Anthem doesn’t explicitly tell you in its tutorial or first few hours. The basics-such as shooting, dodging, and flying-are covered, but several of the game’s more nuanced mechanics, like executing a combo during combat, are left for you to figure out. Setting up and executing a combo isn’t necessary for beating Anthem, but understanding how to do so-and also knowing how each Javelin does so differently-can really help with tackling the game’s Grandmaster difficulties. 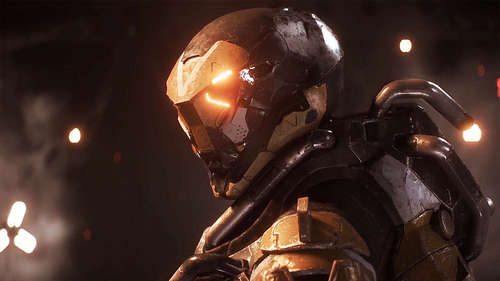 To combo in Anthem, you’ll first need to know which of a Javelin’s unique abilities act as a primer and which are a detonator. Primers typically cause a status effect to an enemy, such as ice or acid, and set an enemy up for a combo. A detonator, meanwhile, will execute a combo on an enemy that has been primed. There are also standard abilities in the game, which neither prime nor detonate, and the Storm’s Ultimate attack-Elemental Storm-is both a primer and detonator. In-game, primers are marked in the Forge customization window with a circle icon, and detonators are identified by a four-pronged star icon. If a weapon does neither, you won’t see either symbol.

Both primers and detonators can be used alone and still cause enemy damage, much like a standard weapon. However, you’ll want to execute combos as often as you can to do the most damage in the shortest amount of time. Some enemies tend to be bullet sponges and take a while to kill with firearms alone, so detonating a primer on them is a much easier way of dealing with them.

Detonating an enemy won’t remove a primer’s effect either, so you don’t have to worry about neutralizing status effects by pulling off a combo. If you freeze a group of enemies with a Ranger’s Frost Grenade, detonating the combo with a Colossus’ Lightning Coil won’t unfreeze them. You will have to prime the enemies again for another detonation, but the ice status effect remains until it naturally melts away.

It’s also worth noting that each Javelin creates its own unique special effect when it detonates an enemy, so if you’re playing in a group, you should know when to combo and when to let a teammate take the lead. Each Javelin and their corresponding combo effect are outlined below.

Each Javelin’s Role When Setting Up A Combo

Ideally, you’d have Ranger handle all of the detonations when fighting a boss, as its combo effect allows it to do the most damage on a single target. Colossus, Storm, and Interceptor, on the other hand, are great for handling mobs of enemies bunched up together.

That’s not to say these roles can’t be reversed, though. Ranger’s Ultimate, the Multi-Target Missile Battery, hits a bunch of enemies and is a detonator. If you prime a mob, you can do huge amounts of combo damage with this attack. Conversely, Storm and Interceptor’s combo effects are ideal in situations where a boss is joined by enemy mobs. Also, Colossus’ Ultimate, Siege Cannon, launches three detonators, which can do a lot of damage if your teammates can quickly prime a boss between each shot.

Each Javelin’s melee attack needs to be taken into consideration as well. The Ranger’s Shock Mace is a primer, while the Colossus’ Heavy Smash, Storm’s Fiery Strike, and Interceptor’s Bladed Daggers are all detonators.

Going Solo Vs. Being A Part Of A Team

In Anthem, it’s good practice to have at least two loadouts for each Javelin, one for solo play and another for when you’re with others. Because when by yourself, you want a Javelin that can both easily prime and detonate so you’re not scrambling against high-powered foes. For example, it’s not the best strategy to play by yourself with a Ranger armed with Inferno Grenade and Venom Darts-both of which are primers-as then you’ll only be able to detonate a combo with the Javelin’s Ultimate. It’s a great loadout, however, when playing with another player who’s armed with a powerful detonator.

By yourself, one of the best Ranger loadouts is Frost Grenade and Seeking Missile if you prefer fighting from long range. This loadout will allow you to keep enemies in place and detonate them from afar. For close range, consider Inferno Grenade and Pulse Blast. Colossus has a devastating solo build with Lightning Coil and Flamethrower, and it’ll put you right in the enemy’s face where the Javelin can do the most damage. Interceptor, who also excels at close-range, has two solid solo loadouts: Cyro Glaive and Tempest Strike for those who prefer to shoot firearms or Venom Spray and Spark Dash if you enjoy using melee attacks and a hit-and-run playstyle. You’ve got a ton of choices for solo builds with Storm, since most of its primers and detonators are really good and can be mixed and matched. 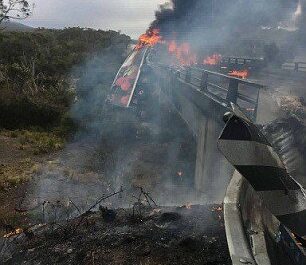