Fans of zombie survival games can now get their undead fix on the go, with NetEase’s LifeAfter. The massively multiplayer game launched today on both iOS and Android, giving zombie fans an all-new, undead world to explore.

Like many zombie-inspired stories and games popular right now, LifeAfter‘s undead aren’t the Romero-inspired shamblers but instead created by a virus. The game is set well past the spread of this virus, meaning players won’t be dealing with the «What’s happening to us?» aspect of any zombie apocalypse.

By this point, we know what the undead are, and we’re just trying to survive in the lawless, wild, post-apocalyptic environment.

As might be expected, players must use their wits and skills – hunting, crafting, building, and farming – in order to survive. Luckily, they may not have to go it alone; much of their survival will depend on how quickly they can make friends with other players and create alliances. 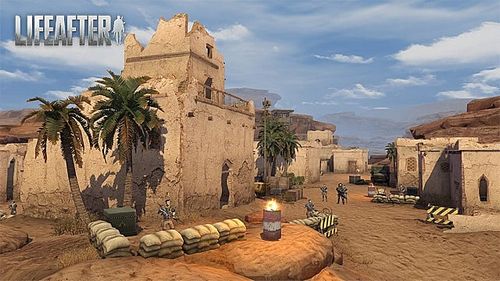 Building is also important in LifeAfter, as players will need to establish a home base to operate out of. As they progress, they’ll be able to update and expand that base, making the ultimate post-apocalyptic home.

Players interested in alliances will be able to facilitate those in a few ways, including operating outposts that will allow them to recruit others to their cause. Those who manage to make allies out of other players will be able to work together on research and development of new technologies, and even fight together in boss fights.

In honor of the game’s launch, NetEase dropped a brand-new trailer designed to give would-be players a peek at the game world. You can take see the trailer above.

To learn more about the game, head over to the LifeAfter website. The game can be downloaded on both the App Store and Google Play.