One of The Division’s most notable achievements in 2016 was its rather unorthodox approach to PvP gameplay. Within the center of post-outbreak Manhattan was the Dark Zone, an isolated, untamed space where you could engage in timed events, small skirmishes, and even backstabbing temporary allies. With The Division 2, Ubisoft has some interesting plans for expanding the Dark Zone concept, most of which will have you rethinking how you’ll tackle the infamous no man’s land.

We recently played several hours of the upgraded multiplayer mode, designed by original Rainbow Six developer Red Storm Entertainment. In the first game, the Dark Zone incorporated competitive multiplayer gameplay into the core systems and mechanics of the online world, allowing the agents to seamlessly transition between engagements against AI and other players in the volatile region. The developers refer to this gameplay loop as PvPvE: player-versus-player-versus-environment. While inside the zone, there are many opportunities to acquire powerful loot, but with significantly greater risk tied to it, thanks to tougher enemies and the threat of shady players looking for a chance to steal your loot. 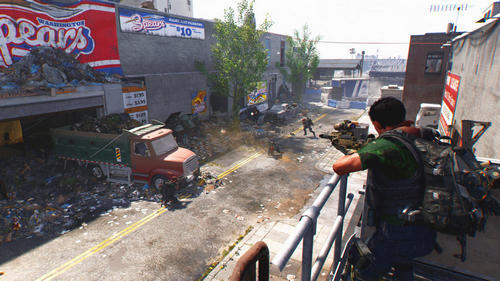 Though clever in its design, and offering some fun encounters, the Dark Zone in the original game-even after several updates-was largely dominated by the hardcore playerbase. This gave the setting a reputation for being uninviting for those that weren’t used to the steep learning curve and sink-or-swim setup. With this in mind, The Division 2 places a larger emphasis on making the Dark Zones more worthwhile for all players, offering more reasons to stay and explore the new systems at work. Furthermore, the sequel will feature not one, but three separate zones across Washington D.C.-DZ East surrounding Capitol Station, DZ South encompassing the waterfront, and DZ West within Georgetown.

Over the course of the campaign, your agent will be tasked to investigate the Dark Zones, allowing you to get your feet wet before things kick off. During our session, we opened the massive door leading into Dark Zone East and established various safe houses throughout the region. The on-boarding process for each Dark Zone also offers up some interesting narrative details, revealing what went wrong in the area and which faction of enemies has taken over. After completing the zone’s introductory missions, the core content in the region will unlock, letting you enter skirmishes against AI and other players, or team up with others to secure loot.

In another promising change, Dark Zone loot has been significantly overhauled. In the first Division, anything you found in the Dark Zone had to be «extracted» before it could be used. Extractions required you to make a last stand in a certain area to get gear airlifted out while enemies and other players swarmed in to stop you and steal the loot. For the most part, loot found in the zones in The Division 2 won’t require extraction and will be free to use upon pickup. However, you’ll still find contaminated weapons that will require extraction, but they’re now for rarer types of gear. This is big improvement because it not only rewards those who can only invest so much time in the zones, but it also lessens the frustrations found from getting easily sniped by opportunistic players upon extraction. 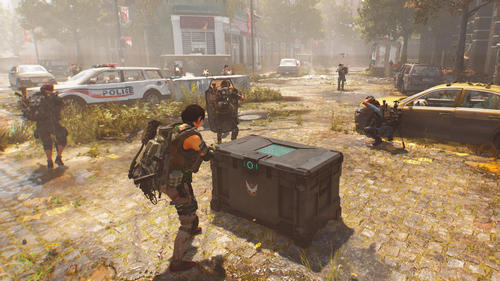 The sequel also does more to balance the initial power dynamics within the zones, normalizing all players’ stats to ensure they’re on an even playing field. The developers described this change as «fair, but intense,» with the expressed purpose of allowing players of varying skill levels to see what they can find in the untamed areas. While this may bother some of the hardcore players, this change makes exploration of the Dark Zones more viable during the initial grind. However, you’ll still come across players possessing unique loadouts and skill levels, ensuring most encounters will be unpredictable.

One of the more devious aspects of the original Dark Zone was its Rogue gameplay system. At any point, players could choose to turn on one another and steal their loot before it reached extraction. While this was intended to be a strategic choice within the first game, it more often than not resulted in severe griefing from high-level players. In The Division 2, the Rogue system has gone through an overhaul, redesigning the general loop to offer more options outside of the strictly PvP design from the last game.

To put it simply, Rogue status activates when you decide to get greedy. Throughout the zones are loot caches and special events that tie into the Rogue loop. If you decide to break into a locked loot chest, as opposed to using a Dark Zone key, then you’ll immediately become Rogue for a limited time, momentarily placing you on the map for others to see. Even looting dead players will briefly turn you Rogue. While you may want to keep a low profile and wait for things to die down, special events will open up for Rogue players, allowing you rack up credits and resources, which can be turned in to unique vendors hiding out in the Dark Zone.

Potentially, you could reach the upper Rogue tiers without engaging in combat. The more Rogue actions and events you take on, the better the rewards and the higher your status will become. If enough time passes, you’ll eventually become a main target for others, opening up a manhunt within the zone. In our session, some of the most intense moments came from when we were Rogue, which meant we were constantly looking over our shoulders to make sure we weren’t being followed by other players looking to take us down. With more incentive to enter Rogue status outside of general PvP hijinks, there could be some potentially challenging scenarios for players to tackle-especially for those who aim to stealth through the Dark Zone.

With that said, getting a handle on the new Rogue mechanics sometimes resulted in cumbersome and awkward moments. While it’s easy to go Rogue, simply by engaging in nefarious actions or simply activating it with the press of a button, the system itself can feel a bit too nebulous. A big issue we came across was that it was difficult, trying to get a sense of when you could actually target other players, or if they could target you. Likely intended as a safe-guard against griefing, you can only fire upon other players if they share Rogue status. So if you see another Rogue player in the wild, and you’re not of similar status, you’ll need to enable it to engage.

As it stands, this approach can create a minor disconnect from the overall pacing and dynamic systems in the Dark Zone. In one case during a Rogue mission, we found ourselves trading bullets with another group, only for the fight to abruptly come to an end once we found out another player turned in a quest-which immediately disabled the Rogue status for all of us in mid-fight. Having said that, the developers are still tweaking aspects of the design, so the final game may see a change. 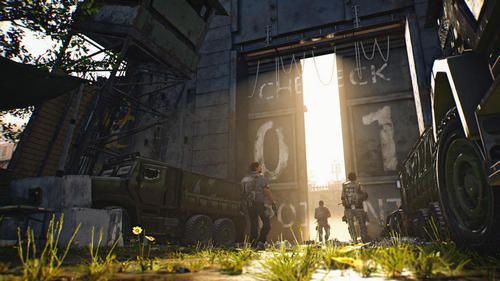 At first glance, many of these changes seem to lessen the risk and ensuing dread that was synonymous with the Dark Zone. While that’s certainly true to an extent, it also serves as a sampling for what’s to come during the end-game. After the campaign’s completion, one zone will become a contested area, and this will switch to a different location each week. Essentially a hardcore version of the Dark Zone, level and gear balancing will be disabled, player status is neutral by default, and friendly fire will be active at all times. With these changes, the contested Dark Zones could become some of the most chaotic and unpredictable areas the series has seen yet.

While the Dark Zone is still the main attraction for The Division 2’s competitive gameplay, the developers have also added in an additional layer that exists outside of the PvPvE loop. Picking up from the previous game’s 1.8 update that brought in 4v4 PvP, The Division 2 will also have traditional competitive multiplayer modes. Known as Conflict, this organized form of PvP will allow players to take part in standard team deathmatch and domination game types against others-with all their levels normalized. Conflict will also feature unique stat-tracking and rewards exclusive to the mode, including new cosmetics. However, at launch there will only be three maps and two game types, which quickly became repetitive during our hands-on. The developers were clear in stating that more competitive offerings will come during post-launch, which they aim to keep supporting for the long term.

The Division 2 felt very familiar to the original game, and that’s OK. As it stands, the original game had a pretty spectacular post-launch period, and seeing that the sequel aims to keep that second wind going is reassuring. While some of the new innovations and changes in the sequel still need some work, it is interesting to see that its developers are trying to rethink the various elements of the competitive multiplayer, and how it can all coalesce within the online world. If you want to get some hands-on time with The Division 2 yourself, Ubisoft recently revealed plans for the upcoming private beta, which you can register for now on their site

Apex Legends Cross-Platform Play Could Come In The Future