GameStop has announced that it is no longer trying to sell itself to another company. The video game retail company did not provide further details as to what that means for its future, but its stock price has plunged dramatically as a result. 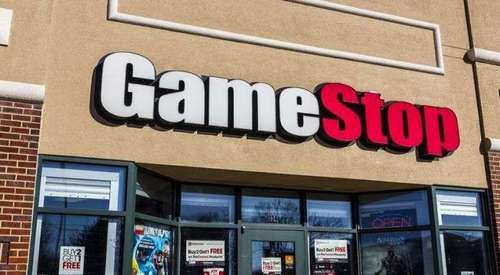 «GameStop’s Board has now terminated efforts to pursue a sale of the company due to the lack of available financing on terms that would be commercially acceptable to a prospective acquirer,» GameStop said in a blog post. The announcement caused investment stock in GameStop to plummet, with the trading value decreasing by more than 25 percent to $11.24 USD at the time of this writing.

The company first began looking for a potential buyer in June 2018. GameStop went into talks with private equity firms and also hired a financial advisor, according to sources familiar with the situation. However, GameStop never confirmed a sellout was a definitive final outcome, and said in a statement that it was exploring other solutions to its financial difficulties as well.

In a report by Variety, Wedbush Securities analyst Michael Pachter said that GameStop’s decision to shift gears might mean that company was simply unable to find an investor. «A new console without a disc drive-unlikely, but possible-could kill GameStop’s business,» Pachter explained. «And all this talk of Amazon, Apple, and Google streaming games causes some to question whether there will be consoles at all.»

GameStop has struggled to remain a relevant part of the game consumer model with the rise of digital distribution. As a result, the company has tried to account for lost sales by increasing its pivot towards used game sales and pop culture collectibles. However, the former has most likely been a shrinking margin for the company as well, with subscription services such as Xbox Game Pass, Games With Gold, and PlayStation Now offering a steady stream of older titles for less than their combined retail price.