There are plenty of items you might miss during your first run through Resident Evil 2, but there’s one in particular you’ll want to take the time to find. That’s the Magnum, the series’ quintessential endgame firearm typically reserved for its toughest baddies. Resident Evil 2 Remake’s iteration of the weapon is known as the «Lightning Hawk.» It’s a sweet name, I know.

Sealed behind an electronic lock in the RPD’s S.T.A.R.S. Office, you can easily miss the Magnum if you’re not careful. The way to obtain it involves solving a rather simple puzzle using several key items you pick up along your adventure.

Below we detail exactly how to get this overpowered hand cannon, as well as pointing you to the locations of its various upgrades. For more Resident Evil 2 guides, be sure to check out our feature highlighting all sorts of useful beginner’s tips. Otherwise, be sure to read our Resident Evil 2 review.

How To Get The Magnum 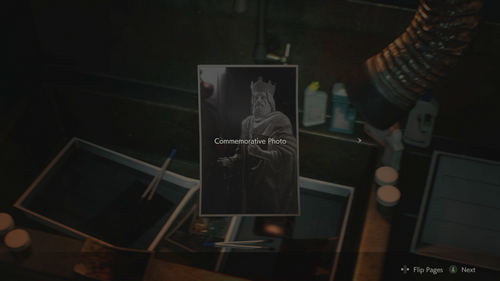 It’s interesting to note that you get a small clue early on that leads you down the road towards getting the Magnum. This comes in the form of the Commemorative Photo, which you get after developing the Film Roll you can get from Locker 106 in the Safety Deposit Room. You’re by no means required to get this to get the Magnum, but it helps direct you towards what you need to do.

You encounter the stone statue pictured in the photo in the Art Room on the second floor of the RPD’s eastern side. However, it’s missing the Red Book seen in its left hand. Lucky for you, it’s actually nearby. Head to Library on the western side, just opposite of the waiting room entrance on the second floor. You should see the book on a desk beside the door marked with the Ace insignia.

Once you’ve got the Red Book, head back to the Art Room, grab the stone arm beside the statue and combine it with the book. Then take the completed arm and insert it back into the statue to unlock the scepter from its right hand. Examine the scepter to obtain the Red Jewel. 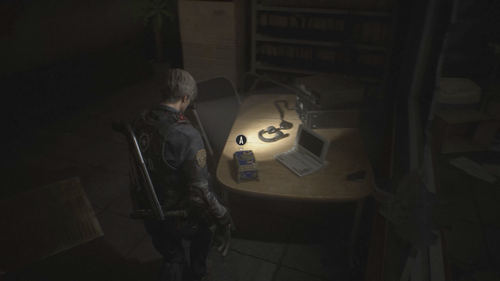 The Red Jewel is meant to be used on a special Bejeweled Box you can grab in the Interrogation Room on the eastern side of the first floor, which you can only access using the Spade Key. If you can’t get into this area yet, try progressing further in the story. Once you’ve gained entry, you should find the Bejeweled Box on a desk near the broken two way mirror.

Combine the Red Jewel with the Bejeweled Box two to reveal its contents: the S.T.A.R.S. Badge. This unassuming item may seem like worthless at a glance, but it has all the value in the world. It’s your key to obtaining the Magnum.

Head back to the S.T.A.R.S. Office with the badge in tow, but before you use it on the computer, first examine the back of the badge to reveal a hidden USB. This can then be inserted into the computer tower to open the armory containing the Magnum.

How To Get The Upgrade Parts: Long Barrel And Scope

You can nab the Long Barrel part in the Underground Stairs located in the Middle section of the Underground Facility. This area is opened after using the three Medallions to reveal the «escape route.» You can get there by going through the statue in the Main Hall and taking the elevator down. Use the S.T.A.R.S. Badge to unlock the white case holding the parts. 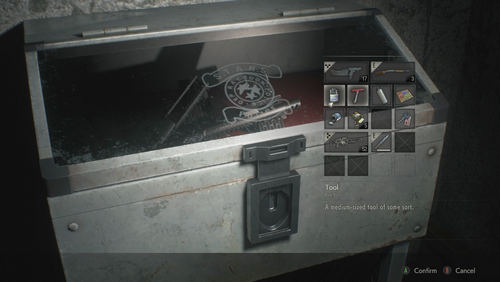 The Scope requires a bit more work. It can only be obtained by developing a Film Roll that points you to its location. You find the Film Roll found in the Work Room in the Upper section of the Sewers; you’ll see it in between a cardboard box and tool kit on a small table. Develop the roll in the Dark Room at the RPD to reveal a photograph showing you two locations.

The location on the first photograph is the one you care about. It points to Captain Wesker’s desk in the S.T.A.R.S. Office on the second floor. Open the drawer to get a wooden box containing the Magnum Scope.