The reveal of Borderlands 3 didn’t go without its share of controversy. As part of the announcement, developer Gearbox and publisher 2K revealed that it would be exclusive to the Epic Games Store until April 2020. This led to a backlash in the form of review bombing older Borderlands games on Steam. Now Gearbox head Randy Pitchford has stepped in to let offenders know they may actually be making things worse for themselves. 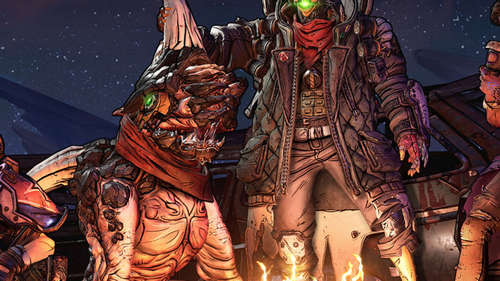 «Ironically, that this misuse is possible and that Steam has no interest in correcting this misuse makes me kind of happy about 2K’s decision and makes me want to reconsider Gearbox Publishing’s current posture on the platform,» he said on Twitter.

The threat may have gotten Steam’s attention, as the platform is discounting reviews, for the first time ever, on Borderlands 2. Steam implemented a recently added tool that flags «Off-Topic Review Activity» within a certain date range. The reviews are still present in the system, but aren’t included in the aggregate user score. They’re also accompanied by a note warning readers that the user review section includes «an abnormal set of reviews that we believe are largely unrelated to the likelihood that you would enjoy the product.»

The same policy has since gone into effect for the original Borderlands and Borderlands: The Pre-Sequel. Each of them had undergone heavy review bombing-intentionally leaving low review scores to disrupt an aggregate user score-with many of the comments referencing the Epic exclusivity for the upcoming sequel. Steam’s response has shown that it is able to take action in these cases, but Epic is still making inroads with its digital storefront so we likely haven’t heard the last of these controversies.