Cloud gaming is poised to potentially be the Next Big Thing for gaming, and one of the companies that stands to benefit the most is Activision Blizzard, according to CEO Robert Kotick. In an earnings call, Kotick said new platforms like Google Stadia are good for gaming to help grow the market, but these platforms can’t succeed without content. 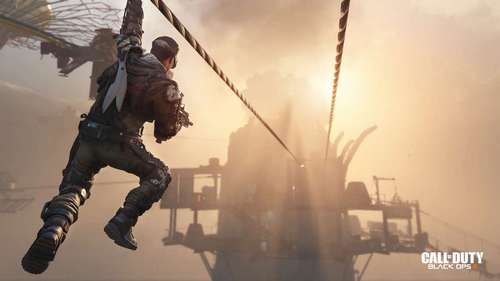 Activision Blizzard owns and controls decades worth of content, and that positions the company uniquely, Kotick said. «When you own 30 years of IP like we do, there’s probably never been a better time to be in the games business,» Kotick said. «When these big, well-funded companies are building out platforms where they have limited amounts of content to actually serve up to customers, I’d say there’s a great opportunity for a company like ours.»

«For starters, they will all try to broaden the audience for gaming and make big investments and commitments to doing so and that’s just helpful for growing the market,» Kotick added. «But in each case, none of these platforms can succeed without great content. Truthfully, they really don’t know how to make it. So when you think about what will be required, it will be support from us [and other game publishers] to allow them to actually build an audience. We have a better audience than most to capitalise on all these new platforms.»

Google Stadia’s announcement in March was light on content partners, leading some to shrug the service off. Stadia boss Phil Harrison teased that more details will be announced in June, so it could be soon that we learn more about who Google is partnering with. Stadia has also created an internal game development team, Stadia Games led by industry veteran Jade Raymond, that will create games for Stadia.

Microsoft is working on its own game-streaming service, xCloud, and it’s not a stretch to imagine that the company will tap into its long list of owned studios to make new content for the platform. Sony, too, has its PlayStation Now streaming service that will likely continue to leverage first-party studios in an addition to third-parties to build out its content catalog as Xbox is expected to do.

Going back to Kotick, he said distribution models are always evolving and changing for games, and he expects this to continue with cloud gaming. In the next 5-10 years, Kotick said there will be «more ways and places to engage players [and] that serves us better than almost any other company.» Kotick added that, beyond partnering with the new cloud gaming services, Activision has a unique opportunity to connect directly with its massive network of 345 million monthly active players across its catalog of games.

Kotick is not the first gaming executive to discuss the issue of cloud gaming companies and a potential struggle to get compelling content. Xbox boss Mike Nichols said about Stadia, «They don’t have the content.»

What do you think about cloud gaming? Let us know in the comments below! You can also read GameSpot’s cloud gaming primer to find out everything you need to know.