Wolfenstein: Youngblood was unveiled at E3 2018, promising a co-op trip through Paris, set in the 1980s. Now, publisher Bethesda has announced the game’s release date of July 26. 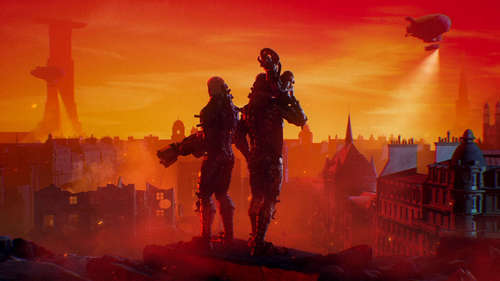 In addition, the company has revealed more details about its cooperative play. Specifically, it stated those who purchase the deluxe edition can invite one friend at a time to play with them online for no extra cost using the game’s Buddy Pass. The chosen friend can download and play as much as they like, for free, as long as they play with the deluxe edition owner. They can then upgrade to the full game to play whenever they like and with friends of their own. Alternatively, if you don’t like the thought of playing online with a friend, you can utilise the help of an AI teammate.

The deluxe edition also comes with an array of cosmetic items as part of the Cyborg Skin Pack, while players who pre-order any version of the game will receive a different selection of cosmetics called the Legacy Pack. Pricing for either edition has yet to be announced.

Wolfenstein: Youngblood is coming to PS4, Xbox One, PC, and Nintendo Switch. It stars sisters Jess and Soph, who are searching for their lost father and series stalwart, BJ Blazkowicz.