Halo developer 343 Industries held a Reddit AMA today where it answered a series of fans’ burning questions about Halo: The Master Chief Collection’s PC release and more. The studio talked about mod support on PC, dedicated servers, how you’ll be able to buy each game on PC within the package, the possibility of bringing Halo 5 to The Master Chief Collection, and a lot more.

You can read the full Reddit AMA here, while we’ve rounded up some of the more interesting subjects and answers in this post.

Halo: The Master Chief Collection comes to PC through Steam and the Windows Store later. this year. As announced previously, games within the package will be released individually, beginning with Halo: Reach (which is also coming to Xbox One). The game was recently revealed to not be an Xbox Play Anywhere title.

«Players can purchase each title one-by-one along the way or wait until the collection is complete at the end. We don’t have any plans for a ‘season pass’ model.» [Full quote]

On The Specific Release Timing Of Each Game

«Right now the priority is getting Halo: Reach ready for public flighting and work is underway almost in parallel for Halo: CE, which will be the second game. Ultimately we want to get these games into player’s hands as soon as possible.»

«We’re hesitant to commit to a firm time frame because the truth is they’re ready when they’re ready. Flighting will be critical to help us get these titles to a great place and depending on how that goes, it could lengthen or extend the release cadence. We’ll definitely share more details as we start ramping up flighting.» [Full quote]

On Frame Rates, Controls, And 144hz

«Current plan is to support ‘uncapped FPS’ in each title. But, as we move deeper into development on each title, we’ll have to determine what’s feasible within each game.»

«Delivering great KB+M controls is one of our top priorities. We are exploring different ways to make a balanced, fun experience for PC and will share more details in the future.» [Full quote]

«The goal is to support 144hz+ for all of the games in MCC, though as with things like FOV sliders and framerates, it could vary slightly by title.» [Quote 2] 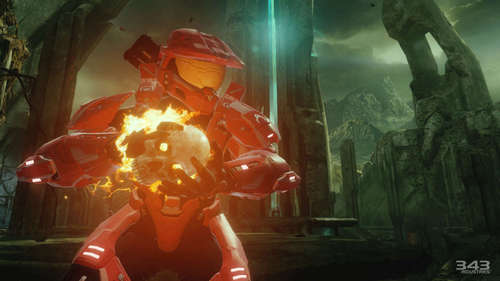 On The Possibility Of Split-Screen On PC

«This one is tricky and the team is still looking at what can be supported.» [Full quote]

On Mod Support For The Master Chief Collection On PC

«We are working closely with the members of the modding community (including some friends on the ElDewrito team) to explore our options for ‘official’ mod support, but we won’t have this at launch. Our #1 priority for launch is ensuring we get each of these core games ‘right’ for PC and security/anti-cheat is a big focus. As we’ve stated, this entire offering will grow and evolve over time.» [Full quote]

«Our focus is bringing MCC and Reach to PC, there are no current plans to bring over Halo 5» [Full quote]

«This is a topic of discussion here but currently this isn’t something we’re able to commit to in terms of actual community-hosted dedicated servers. A custom games browser is of course very important to us and something we’re looking forward to bringing to MCC on PC and Xbox One.» [Full quote]

«Ultimately, flighting and the results of those tests will help finalize the min specs but we want to support the widest range of hardware possible. We’ll definitely share spec details soon.» [Full quote]

«Within MCC, yes, your progress and progression will carry-over between the console and PC versions. All stats, achievements, Forged maps, and game variants will be shared between all of the games within MCC. Mid mission saves will be unique to each platform and cannot be shared.»

«Your Halo: Reach unlocks and progression from the original game on Xbox 360 will NOT carry over to MCC. And as a reminder, MCC on Steam will require a free Microsoft Account, but not Xbox Live Gold.» [Full quote]

Windows 8 May Not Be Supported

«Currently our focus is on Win10 and Win7. Win8 is still being investigated.» [Full quote]

«Forge and Theater for Reach won’t be ready at the same time as the MP/Campaign/Firefight experiences on PC. From a development perspective, it makes more sense for the team to tackle Reach’s Forge/Theater a little later in the roadmap at the same time as Halo 3 and Halo 4 work.» [Full quote]

ODST Firefight Not Planned For Release On PC

«We know this is a longstanding request from players and is something the team will continue to evaluate for the future. For now, our focus is on bringing ODST’s Campaign to MCC on PC. (and we’ll of course have Reach Firefight coming to MCC!)» [Full quote]

Fortnite John Wick Event Leaked In Update 9.0, Here Are All The Details