Super Mario Odyssey and The Legend of Zelda: Breath of the Wild, which are among the best-selling Nintendo Switch games, are getting virtual reality support through Labo VR. 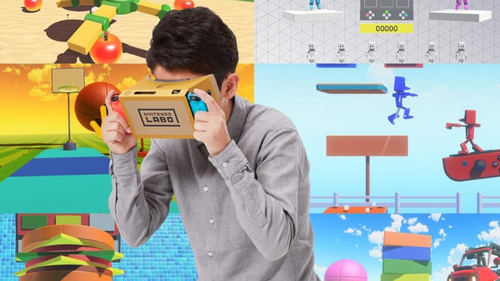 For Mario Odyssey, this will come in the form of three new mini missions that involve collecting musical notes and coins. These are apparently set in the Cap, Seaside, and Luncheon kingdoms.

As for Breath of the Wild, it seems the entire game is playable with Labo VR, with the one exception being that pre-rendered cutscenes do not support VR. You can simply toggle Labo VR on or off from the settings menu, and thankfully you do not need to create a new game to play with Labo VR.

Both games will be updated on April 25 to support Labo VR.

The Nintendo Labo VR set launches on April 12. The $80 USD kit is billed by Nintendo as the «most immersive, robust Nintendo Labo kit to date…» The kit also comes with a «programming tool» that can be used to create VR games. Check out the video embedded above to see how it works.