The Nintendo Switch will be making its way to China’s console market thanks to a partnership with Tencent. The news comes in a recent report by Bloomberg, which also details how the decision affected stock prices.

The development was confirmed by a posting on the Guangdong provincial culture and tourism department website and by a Nintendo representative who said Tencent had applied for the sale of Switch hardware. Current reports state the system would ship in China with New Super Mario Bros U Deluxe, though it’s possible other games would be included as well.

Following the news, Nintendo’s share prices increased by 14%, which is the largest single increase since Pokemon GO debuted in 2016. 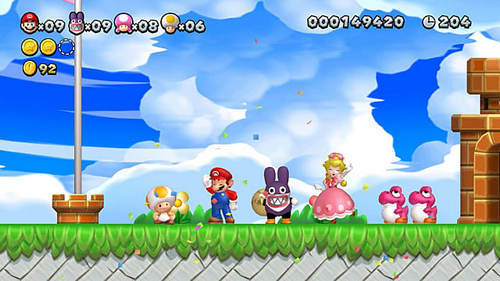 Companies who publish on the Switch also saw increases in their share prices, with Bandai Namco and Konami each seeing 3% increases.

The reason is twofold. China’s console market is infamously difficult to break into because Chinese gamers tend to play more free mobile and PC games; there are even PC gaming cafes where consumers can rent a gaming unit.

Piracy is another issue that prevents consoles from being as successful there.

However, analysts say Nintendo could potentially be the first major game and hardware company to change this trend. Demand for Microsoft and Sony never rises very high, partly because content that sells well overseas, such as Grand Theft Auto, isn’t allowed in China.

Nintendo is mostly family friendly and at the very least has a wider range of offerings that would be acceptable to publish in China.

The other is its partnership with Tencent, a company which, though loathed by some in the West, acts as a sort of gatekeeper for China’s gaming market.

Although the market for games in China is incredibly huge, the market for dedicated video game platforms is small. So even if we were to enter into China, the challenges we would face there certainly would not be simple ones.

Here’s How Nintendo Switch And Its Recent Exclusives Are Selling