Season 9 of Fortnite is quickly approaching, but Epic Games still has at least one more update in store for the hit battle royale title before Season 8 officially wraps up. The developer hasn’t yet announced when the update will go live, but we’ve now gotten an early look at a new item it’ll presumably introduce.

Fortnite’s in-game News feed has begun advertising a new item called the Shadow Bomb. The grenade is listed in the feed as «coming soon,» suggesting it’ll presumably arrive as part of this week’s update, as Epic likes to tease new weapons and items ahead of its weekly patches. Little info about the item was revealed, but the accompany description reads, «Stealth and utility make for a surprise.» 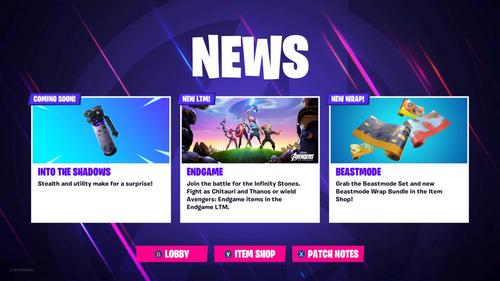 Epic has been adding new weapons and items to Fortnite on a near-weekly basis, although last week’s 8.50 update didn’t introduce anything to the game’s arsenal. Instead, that patch marked the start of Fortnite’s Avengers: Endgame crossover event, which encompasses a new Endgame limited-time mode with its own assortment of challenges to complete and Avengers-inspired rewards to unlock.

The Endgame LTM divides players up into two teams: those aligned with Thanos and the Chitauri, and the heroes who must stop them. Players on Team Thanos will need to score the island for the Infinity Stones to power up the Mad Titan, while the heroes will need to follow treasure maps to find the Avengers’ iconic weapons, including Thor’s hammer and Captain America’s shield. The event will run through the end of Season 8.

With Season 9 just around the corner, some unusual events have begun unfolding in Fortnite. Recently, players have discovered a series of mysterious runes around the game’s map, which have been slotting into an alien vault beneath Loot Lake. After the fourth rune was inserted this past weekend, however, plumes of smoke began emerging from the volcano, suggesting an eruption may be imminent.

What this means remains anyone’s guess at this point, but with Season 9 only a few days away, we likely won’t need to wait too long to find out. In the meantime, you can still complete any remaining Season 8 challenges and unlock the last few Battle Pass rewards. If you need help doing that, we’ve put together tips and guides in our complete Season 8 challenges roundup. 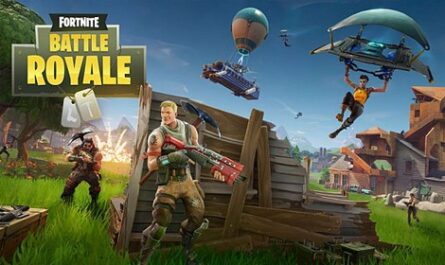