An Xbox executive has responded to Google Stadia, the new streaming service, claiming the platform may not have enough compelling content to get people to sign up. Xbox chief marketing officer Mike Nichols told The Telegraph Google may be technically capable of offering a enticing streaming service, but they «don’t have the content.»

According to the site, Nichols also said Google might have a hard time with Stadia because it hasn’t been involved in games for very long. That may be true, but Google brought on industry veteran Phil Harrison-who formerly held high-level positions at both Microsoft and Sony-to lead the Stadia team. Additionally, Google just hired Assassin’s Creed producer Jade Raymond to head up Google’s new internal game development studio, Stadia Games.

Google brought Bethesda to the Stadia reveal event to showcase Doom Eternal running on the cloud platform. Assassin’s Creed Odyssey has also been shown running on Stadia with good results. Q Games’ Dylan Cuthbert is also working on a game for Stadia, while Luz Sancho from Tequila Works also appeared on stage during the reveal event. That’s a few partners, but some were hoping for more.

Harrison told Polygon that Google intentionally focused on announcing the Stadia platform and explaining its platform features during the reveal event instead of talking much about development partners. «Don’t read too much into why so-and-so was there and why so-and-so wasn’t there,» Harrison said.

The reference to June might be teasing a bigger games lineup reveal at E3, but nothing is confirmed yet.

Microsoft itself is working on a game-streaming service under the working title xCloud. It enters public trials later this year. Going back to Nichols and The Telegraph interview, he said there might be a time in the future when streaming without local hardware is the best experience, but it’s not there yet.

«You won’t necessarily need a device over time, but you’ll get the best experience with local processing power available on a console or computer,» he explained.

Google’s Stadia announcement came with a jab at traditional consoles like the ones Microsoft makes. The platform’s website states «the future of gaming is not a box.»

Microsoft released a statement to IGN regarding Nichols’ comments and cloud gaming in general.

«It’s a great time to be a gamer. At Xbox, we’re putting players at the center of our vision for the future of gaming by delivering blockbuster content from Xbox Game Studios and our partners, growing the thriving Xbox community and giving them choice and opportunity in how they play across devices and through Project xCloud.»

What do you think about cloud gaming? Let us know in the comments below! You can also read GameSpot’s cloud gaming primer to find out everything you need to know. 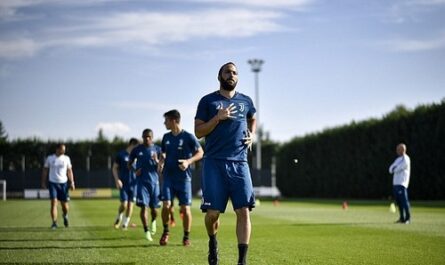 Remedy’s Upcoming Supernatural Thriller, Control, Is Scheduled For This Summer

Mortal Kombat 11 Is Already Cheaper And It Released Today